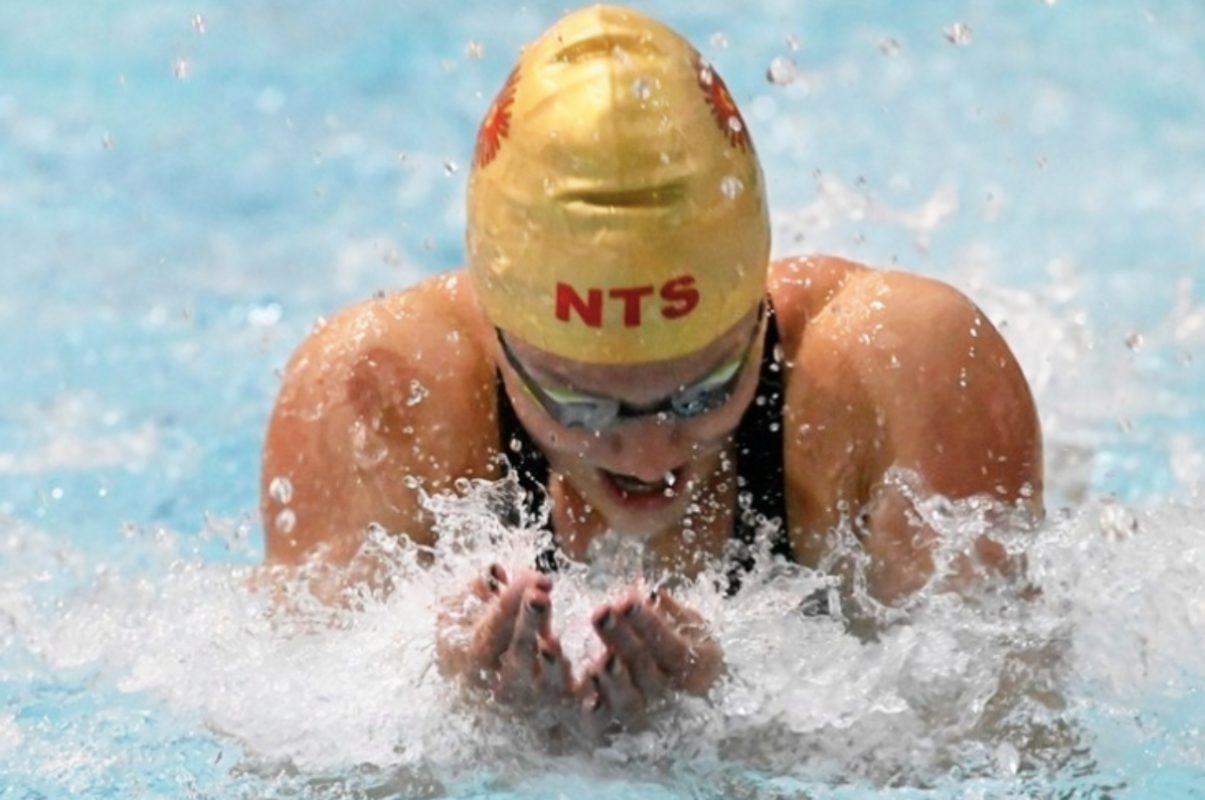 Up-and-coming breaststroker, Lara van Niekerk, provided the highlight of day one of the SA National Swimming Championships in Gqeberha on Wednesday, 6 April 2022.

The 18-year-old from Pretoria smashed her own national and continental record in the heats of the 50m breaststroke, bettering her previous best of 29.88 with a blistering 29.72 seconds.

Van Niekerk became the first South African woman to swim under the 30-second mark in the long course event at the end of last year, and her world-leading time on Wednesday saw her dipping well under the qualifying marks for this year’s World Championships and Commonwealth Games.

She was slightly slower in the evening final but said an error at the start had cost her.

She nevertheless still managed to beat 200m breaststroke Olympic gold medallist and world record holder Tatjana Schoenmaker to the title, finishing in 30.60 ahead of Schoenmaker’s 30.87 (also a qualifying time).“I expected to PB [personal best] because my times have been really good in training,” said van Niekerk of her record-breaking swim.

“Unfortunately tonight I wanted to go faster but I messed up my start a bit. I didn’t catch my hand at the start so I literally went in in ‘Superman’ position so I came up really far behind. But it happens – rather here than the international stage so I’m happy with the morning swim.”

The other qualifying time of the day came from Aimee Canny, who claimed the 200m freestyle in 1:58.34.

“I was hoping to do it. We’ve been doing a lot of pace in training so I’m very happy with that,” she said afterwards. “I kind of died at the end but I think I went out a bit hard so I’m happy. I surprisingly held on for longer than I thought I would.

“I did a similar time at the Olympics so I’m glad to know I’m back where I was and the training has paid off.”

Swimming at the Newton Park Swimming Pool continues on Thursday and comes to an end on Monday, 11 April.