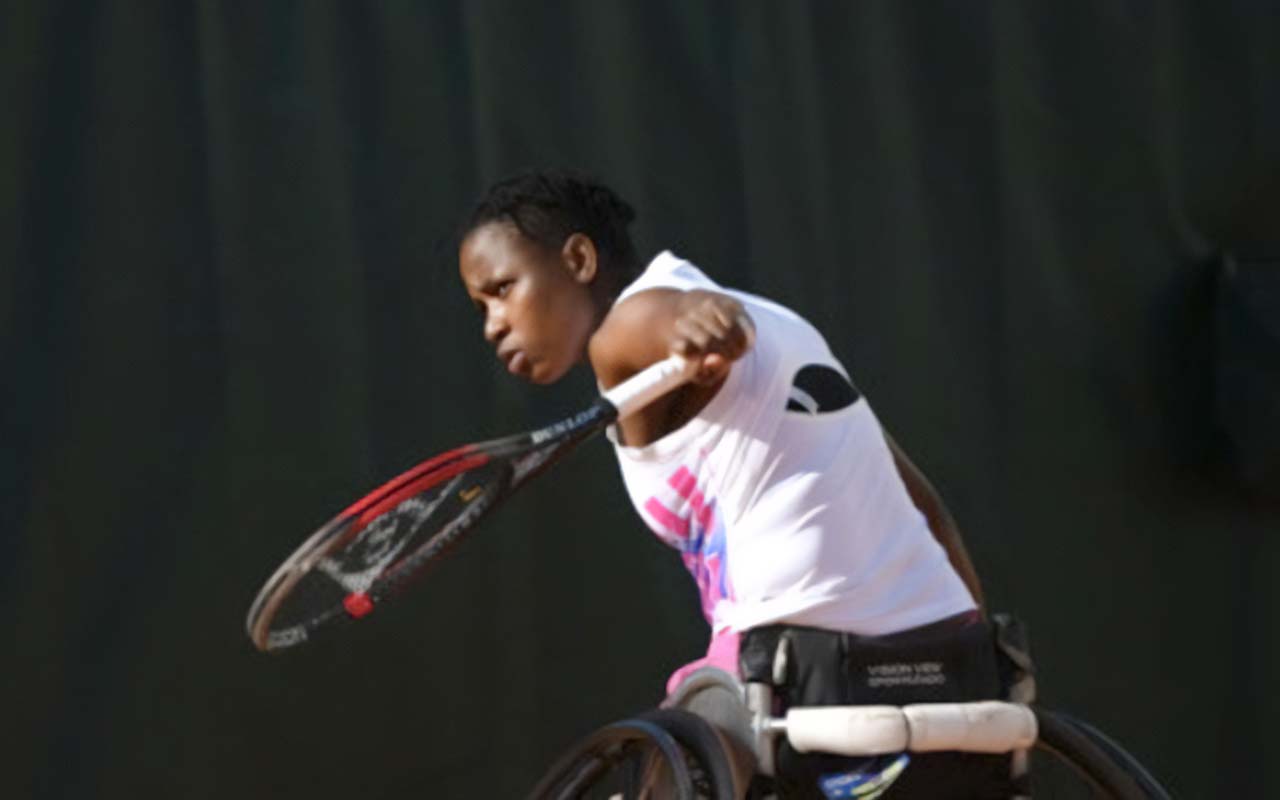 The South African star @KGmontjane1 went down 6-2, 6-2 to Diede de Groot in the Wimbledon singles final.

Nevertheless, you have made South Africa proud, KG! What an incredible run! 🙌#Wimbledon | #WheelchairTennis pic.twitter.com/k4XZJoyJzw

Today’s effort came after a gutsy performance yesterday in the women’s doubles wheelchair final where she and her partner, Lucy Shuker, lost in straight sets.

The 35-year-old has received widespread praise for becoming the first black South African female to feature in back-to-back finals in a Grand Slam.

Ahead of today’s singles final, social media was flooded with messages of support under the hashtag #KGMontjaneDay.

Even President Cyril Ramaphosa took to social media to wish her well.

Kgothatso Montjane plays her first grand slam singles final @Wimbledon today. @KGMontjane1 may the serves be sound and the forehands flow as you continue to fly the flag. You will have your coach and the entire country with you. You’ve already made us proud. Let’s ace this one!🇿🇦 pic.twitter.com/nA5dMuMn92

Montjane has battled many challenges but in recent times has risen through outstanding performances on court which has attracted top personal sponsors.

The world No.5 will represent South Africa at next month’s Paralympics in Tokyo, which is scheduled from 24 August to 5 September.

Here’s how the rest of social media celebrated KG:

The South African star went down 6-2, 6-2 to Diede de Groot in the Wimbledon singles final.

Nevertheless, you have made South Africa proud, KG! What an incredible run! ✊🏾🙌🏾#Wimbledon #KgothatsoMontjane #Wimbledon2021 pic.twitter.com/NIMxMJQxMw

Well done on making to the grandest stage of tennis sisKgothaso, right to the very end. You had an amazing run sisWam, usebenzile❤❤ #KgothatsoMontjane

#KgothatsoMontjane You're an absolute champion! Well done for your Wimbledon achievements! Thank you for carrying our flag to Wimbledon!

Big ups to you #KgothatsoMontjane , keep your head up… Unseeded and reaching the #Wimbledon2021 championship match is an amazing achievement, South Africa 🇿🇦 is super proud
👏🏾 🖤 pic.twitter.com/XWQ2vgcYaA