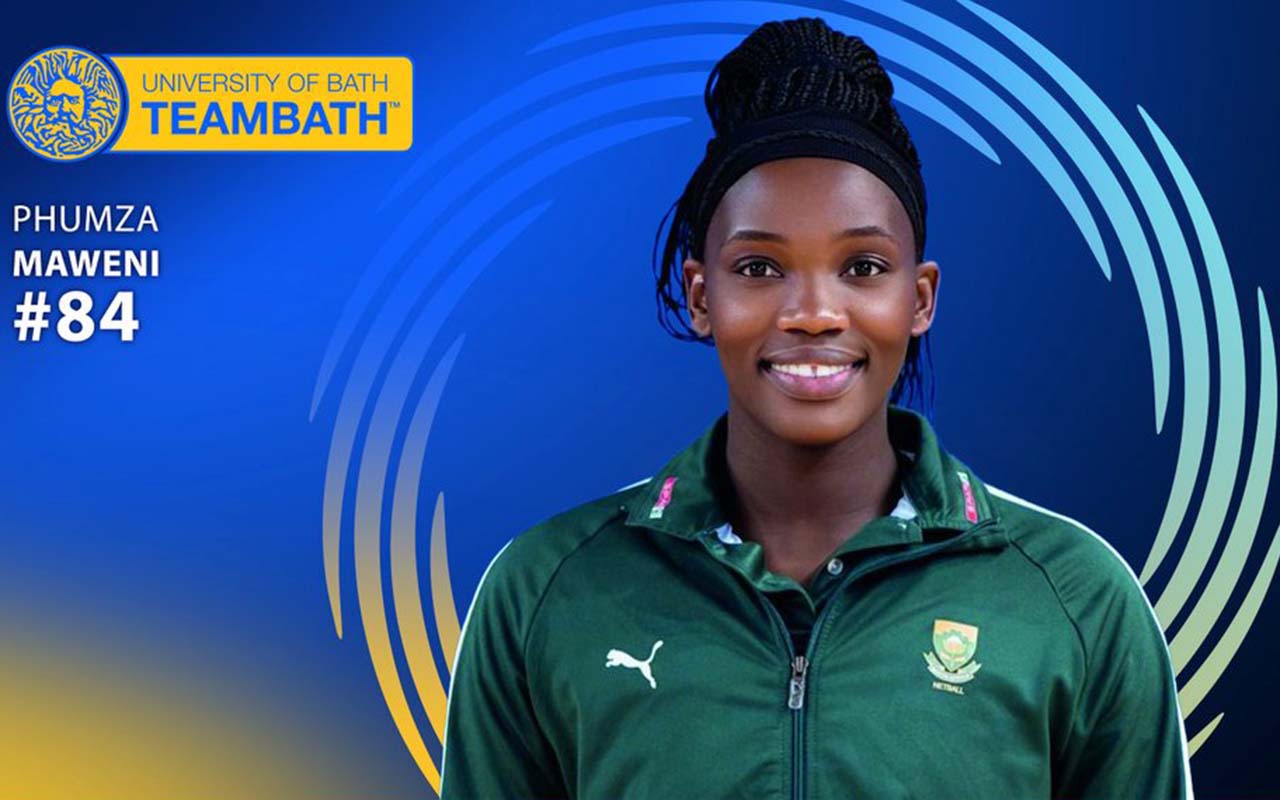 Team Bath Netball have announced that they have signed South Africa’s Phumza Maweni, who will join the UK-based team for the 2022 Vitality Superleague season.

The Proteas goalkeeper and defender spent three seasons in Australia playing for the Sunshine Coast Lightning side, where she played all 47 games. Together with Proteas’ goal defender, Karla Pretorius, the pair were a formidable dynamic duo for the  Australian side. Before that, she played for the Loughborough Lightning and Severn Stars, in 2015 and 2018 respectively.

“I’m really excited to be joining Team Bath,” Maweni said. “I want to deliver what I can for the club and use the strengths I have to make a difference for the team.

“As a defender I’m vertical and vocal – you need to talk and guide people in the goal-keeper position. I am easy to work with and I am very willing to learn from other players, always open to new approaches.

“I’m looking forward to working with everyone in the Bath family and am keen to learn what I can from them!” – Proteas goalkeeper and defender, Phumza Maweni, who has been signed by Team Bath for the 2022 Vitality Superleague season

“To play alongside someone like Layla will be a real highlight, she is one of those athletes who has everything.

“Serena is a great of netball and it will be amazing to play with her, and Imogen is incredibly athletic at wing-defence. Team Bath’s shooting circle is very strong too and I can’t wait to see what we can do. It’s going to be a massive, massive season.”

Maweni was recently named the best defender at the recent Africa Netball Cup in which the Proteas won and are yet to lose a match in this tournament since 2019.

Head coach of Team Bath, Anna Stembridge said, “We are absolutely delighted that Phumza will be joining us for the new Superleague season. Her style of defending will really compliment the players we have but, equally importantly, she is the type of character and personality we look for.

“Phumza is an extremely athletic and rangy keeper, and she is a real thinker on the court too. You can see her working out the strengths of the opposing shooter and finding the opportunities that she can exploit.

“She is coming here off the back of a successful spell in Australia and some fantastic performances for her country. Phumza is going to be a formidable addition to our defensive unit and we can’t wait to welcome her into the Blue & Gold family,” said Stembridge.

Maweni is most likely to represent South Africa at the QUAD Series, in January, in England, where they’ll be playing against, England, Australia and New Zealand.