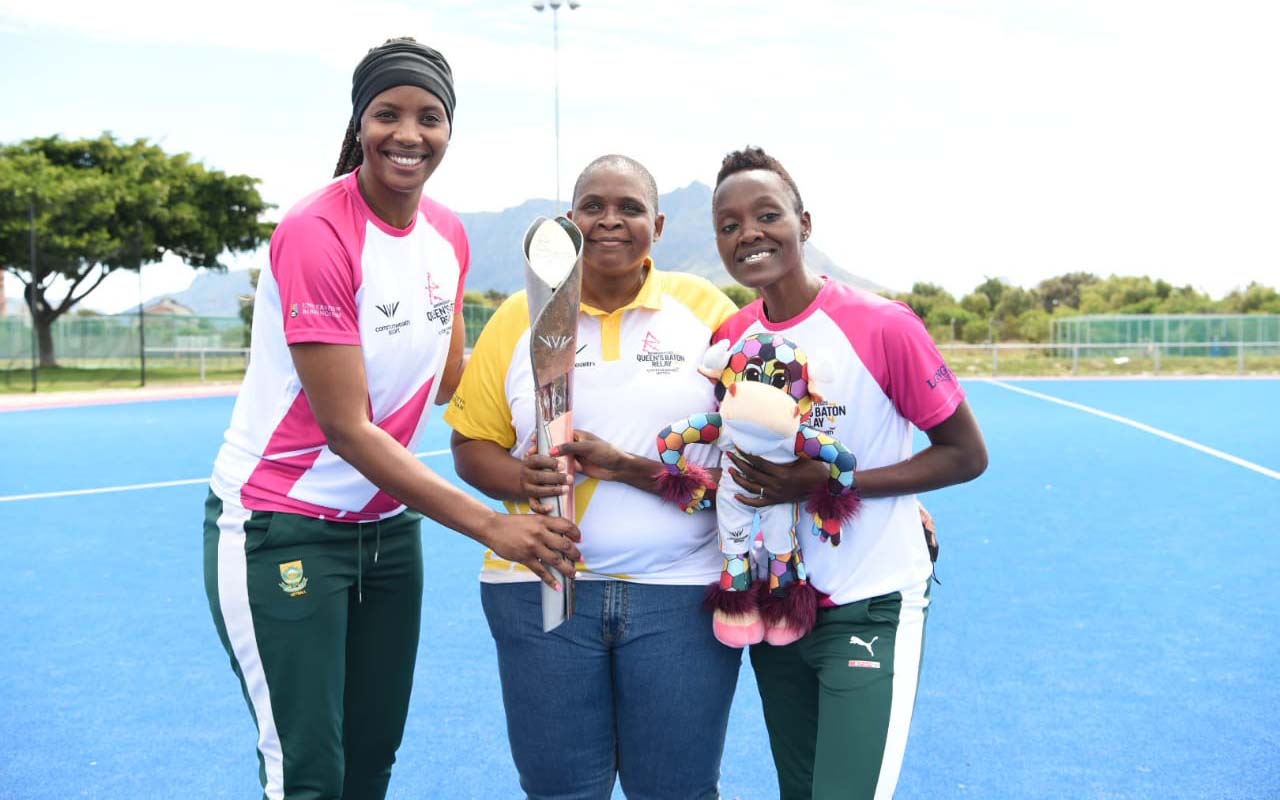 Queen’s Baton Relay arrives in SA Ahead of Commonwealth Games

Lwandile Simelane, First Vice President of the South African Sports Confederation and Olympic Committee (SASCOC), says the Queen’s Baton Relay, which goes on an epic journey around the 72 participating countries of the Commonwealth Games, has got South Africa pumped up and ready to qualify and participate in next year’s Games in Birmingham, England.

The Queen’s Batons arrived in South Africa to raise awareness of the 2022 Commonwealth Games in Birmingham at North West University, Mahikeng Campus on 7 December 2021 and spent three days before heading to Northern Cape and Western Cape.

Simelane said it was an honour to participate with fellow members of the Commonwealth games family and get an opportunity to show the world the culture and heritage of South Africa.

“I traveled with the Baton going to Mahikeng, Rustenburg, Klerksdorp, Vryburg in the North West Province, Kimberly and Warrenton in the Northern Cape and Langa in the Western Cape.

“It was an unbelievable experience seeing the excitement of the arrival of the Baton in these areas and to get an opportunity to bring Sport and history to the people.” – SASCOC First Vice President, Lwandile Simelane

“It is also exciting to note that sport in these three provinces is led by women MEC’s, and they indeed showed us that sport is alive and well in their provinces.

The sports administration power-house said the sporting community is excited to see who else joins cricket and netball which have already qualified for the Birmingham Commonwealth Games.

“We are extremely excited and looking forward to the games. We already have the Netball team and the women’s cricket team confirmed as qualified for the games. We eager to see who else qualifies and we have no doubt that all members of Team SA who make it to the games will make us proud and represent themselves, their families and the country as a whole well,” she concluded.

North West Department of Arts, Culture, Sports and Recreation MEC Galebekwe Tlhape, who received the Baton at the start of the Tour, said they were proud to welcome the Queen’s Baton in South Africa.

MEC Tlhape also encouraged the participants to compete at the 2022 Birmingham Commonwealth Games.

“Our athletes will compete in netball, boxing, rugby, table tennis and athletics and as the province we call on all our participants to work hard, not only on sports, arts and culture but also in relation to the development as the citizens and as youth leaders and we wish them well.’ – North West MEC Galebekwe Tlhape

The Queen’s Baton Relay went past Mmabana Arts, Culture and Sports Foundation in Mahikeng, at Lehurutshe in Zeerust and later spent its second day in Rustenburg at Royal Marang Hotel as part of its tour with SASCOC Acting CEO Ravi Govender before heading to the North West University, Potchefstroom Campus on 8 December 2021 where Paralympic athlete Liezel Gouws had the opportunity to attend the ceremony.

On 9 December 2021, Klerksdorp then officially received the Queen’s Baton with a performance from the Matlosana Performing Arts and then the baton made its last stop at Dr Ruth Segomotsi Mompati District in Vryburg, at Banquet Hall.

The Queen’s Baton Relay arrived at Northern Cape and concluded at Western Cape to make its final stop at Cape Town stadium before heading off to Namibia, Eswatini and Lesotho in the African continent.

The Queen’s Baton Relay travels the world- 294 days in Europe, Africa, Asia, Oceania, the Caribbean and United States prior to the 2022 Birmingham Commonwealth Games.