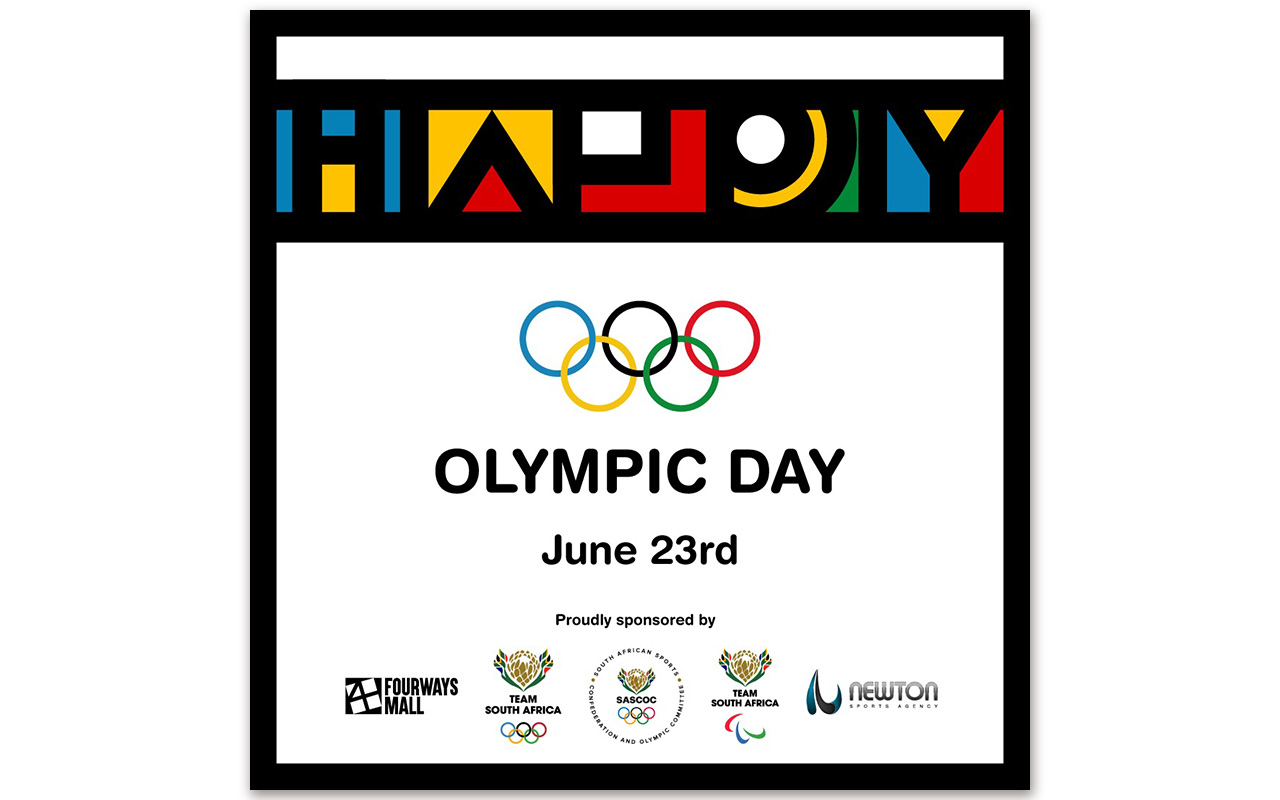 South Africa is celebrating Olympic Day by hosting a Pop-Up Museum at the Fourways Mall Poetry Court, which runs until 26th June, as the South African Sports Confederation and Olympic Committee (SASCOC), looks back into Team South Africa’s history defining moments from the Paralympics and Olympics and invites the public to view memorabilia from those moments.

Leading South African Olympian, Gerda Steyn, shared a special message in support of Olympic Day on Instagram: “It’s #OlympicDay!! It might seem like nowadays there’s a “day” for everything ☺ but this one is special for me, because today I was training with @neheng_khatala who I coincidentally ran with for most of the way at @tokyo2020!!!

“Happy #OlympicDay2022, especially to the Olympians of the future who may or may not even know yet how much meaning sport will bring to their lives!!”

The Olympics is not just about winning gold medals, but about building sporting codes and inspiring the next generation of athletes.

SA Water Polo coach, Delaine Mentoor, who won Coach of the Year at the 2021 Momentum gsport Awards, previously told gsport about the lessons learnt at the Tokyo Olympics, as her team became the first women’s water polo team from Africa to participate at the Olympics:

“Learning how to adapt to this high tempo, this level that we are at because we are not used to it. But, a really good learning curve and how we are coming together and progressing from game to game. We have set these goals, we have made mistakes and we go back and fix them. So, it’s been really good to see how they are actually learning.”

Skateboarder, Boipelo Awuah, who won a 2021 Ministerial Award for her role in putting the minority sport on the map by qualifying for the Olympics, also tasted disappointment at the Games, but believes the experience made her stronger.

She told teamsa.co.za after fracturing her pelvis while practicing for the women’s street competition which forced her to withdraw from the Olympics:

“To say that I was just selected to represent South Africa at the Olympics was just amazing. It’s sad that I didn’t actually get to compete, but just being here and seeing all the facilities and soaking up the atmosphere has been something else.