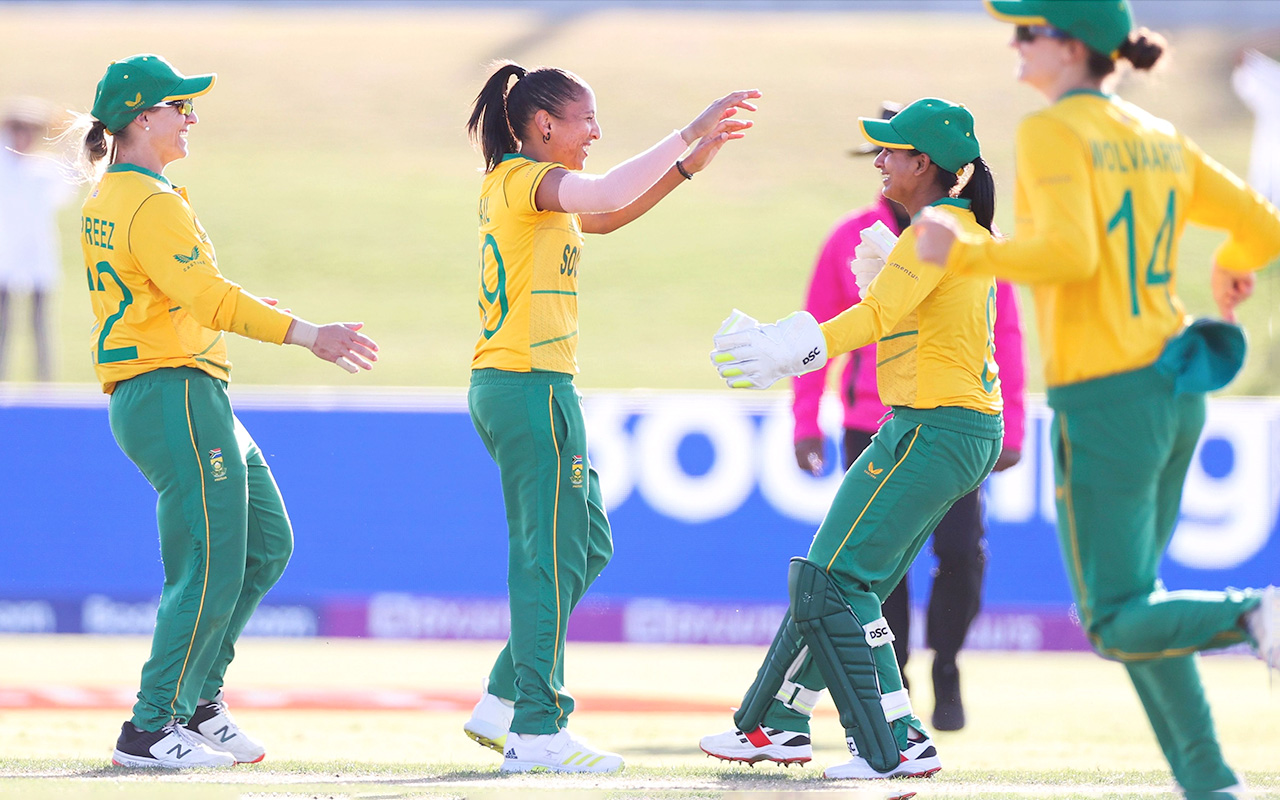 Chasing 224, openers Nahida Khan and Sidra Ameen got Pakistan off to a solid start, adding 26 runs in the first six overs.

Shabnim Ismail ensured the openers don’t run away with the game, inducing an edge off Ameen’s bat to break the opening stand. She was on a hat-trick after she dismissed skipper Bismah Maroof for a golden duck.

Thankfully for Pakistan, Omaima Sohail saw off the hat-trick ball.Two consecutive maidens, including Ismail’s double-wicket maiden, saw South Africa come back into the game but Sohail and Nahida ensured that the required run rate didn’t go out of reach, finding boundaries regularly.

They brought up their 50-run stand in the 20th over and at the halfway stage, were 129 runs away from a win.

Earlier in the day, Wolvaardt compiled 75 at the top of the order and Luus (62) was instrumental in holding the innings together, as South Africa overcame an excellent spell from Pakistan spinner Ghulam Fatima to post 223/9 at Bay Oval.

Fatima picked up three wickets in two overs to help put the clamps on South Africa during the middle overs and Pakistan’s victory target would have been much greater if not for her intervention.

After winning the toss and electing to bowl first, Fatima Sana (3/43) gave Pakistan the perfect start when she dismissed the returning Lizelle Lee for just two in the third over of the match.

Tazmin Brits didn’t last much longer, as keeper Sidra Nawaz hung on to a beauty behind the stumps off the bowling of Diana Baig (1/23) as South Africa fell to 21/2.

Wolvaardt and Luus then put on 89 for the third wicket to gain the ascendancy, only for Fatima to take a series of wickets in quick succession to leave the Proteas reeling at 120/5 after 32 overs.

Luus, Chloe Tryon (31) and Trisha Chetty (31) got away some lusty late blows to help boost South Africa’s total, leaving Pakistan a decent run chase if they are to register their first win of the tournament.

Copy by the ICC with editing by gsport