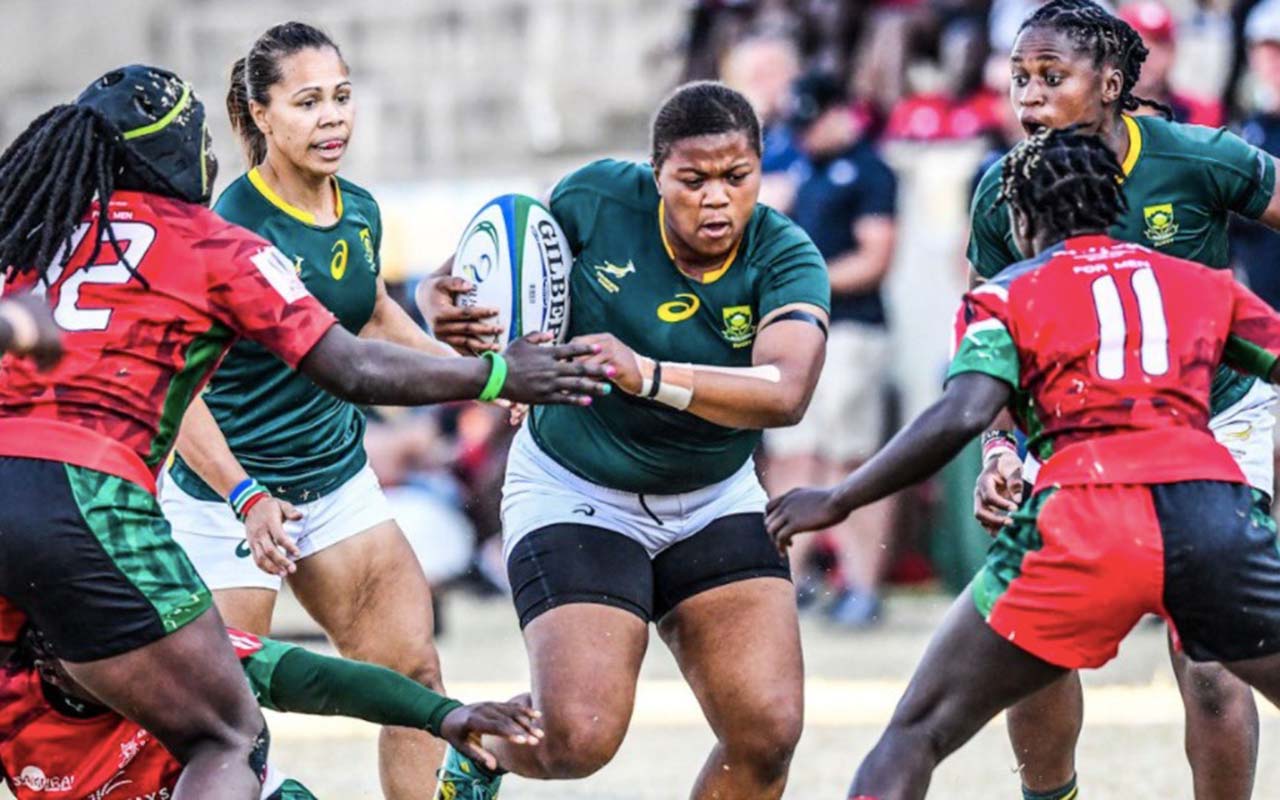 Springbok Women Back in Action Against Kenya

The Springbok Women will return to the field against Kenya in two Tests that will mark their first international action in almost two years, with the matches scheduled for 12 and 16 August in Stellenbosch.

It will be a repeat of the decider in the qualifiers for the Rugby World Cup played in 2019, when the Springbok Women clinched their spot in the international showpiece in New Zealand by beating the team from East Africa by 39-0 in Brakpan.

Later in 2019, the Springbok Women also played three Tests against Spain and Scotland (twice), but they had no matches in 2020 due to the COVID-pandemic.

A training squad of 35 players have been named for a training camp in Stellenbosch, which is scheduled to start on Friday. They will undergo medical screening to allow the medical team a clear picture of the players’ physical conditioning after the intensely competitive 10 rounds of the Women’s Premier Division.

Springbok Women’s coach Stanley Raubenheimer said he was very excited about these Tests and that the players are buzzing at the opportunity to lace up for proper match action again.

“Nothing prepares a team better than playing matches, as it will give us the opportunity to work on our structures and see where we need to improve,” said Raubenheimer.

“It will also give the players renewed focus and energy, as well as providing them with an opportunity to put up their hands and play for places in the squad with next year’s Rugby World Cup in mind.

“Hopefully we can give a good account of ourselves in these matches, but it is also good to be able to help Kenya with their preparations for their World Cup qualifiers later.”

“Kenya are preparing for their Rugby World Cup qualifier against Columbia on 25 August and we hope these matches will help prepare another African team to qualify to travel to New Zealand next year,” said Cantwell.

“The Tests will also provide the players with an opportunity to get some valuable game time, and for Stanley and his management to test new players who have joined the squad, and test new combinations of players for Tests later in the year.

“All the players and management are looking forward to getting back together and to get stuck into the work ahead of next year’s Rugby World Cup.”

The referees for the Kenyan matches will be Precious Pazani from Zimbabwe (first Test) and South Africa’s Aimee Barrett-Theron.

Photo 1 Caption: The Springbok Women will return to the field against Kenya in two Tests that will mark their first international action in almost two years, with the matches scheduled for 12 and 16 August in Stellenbosch. Photo: WomenBoks (Twitter)