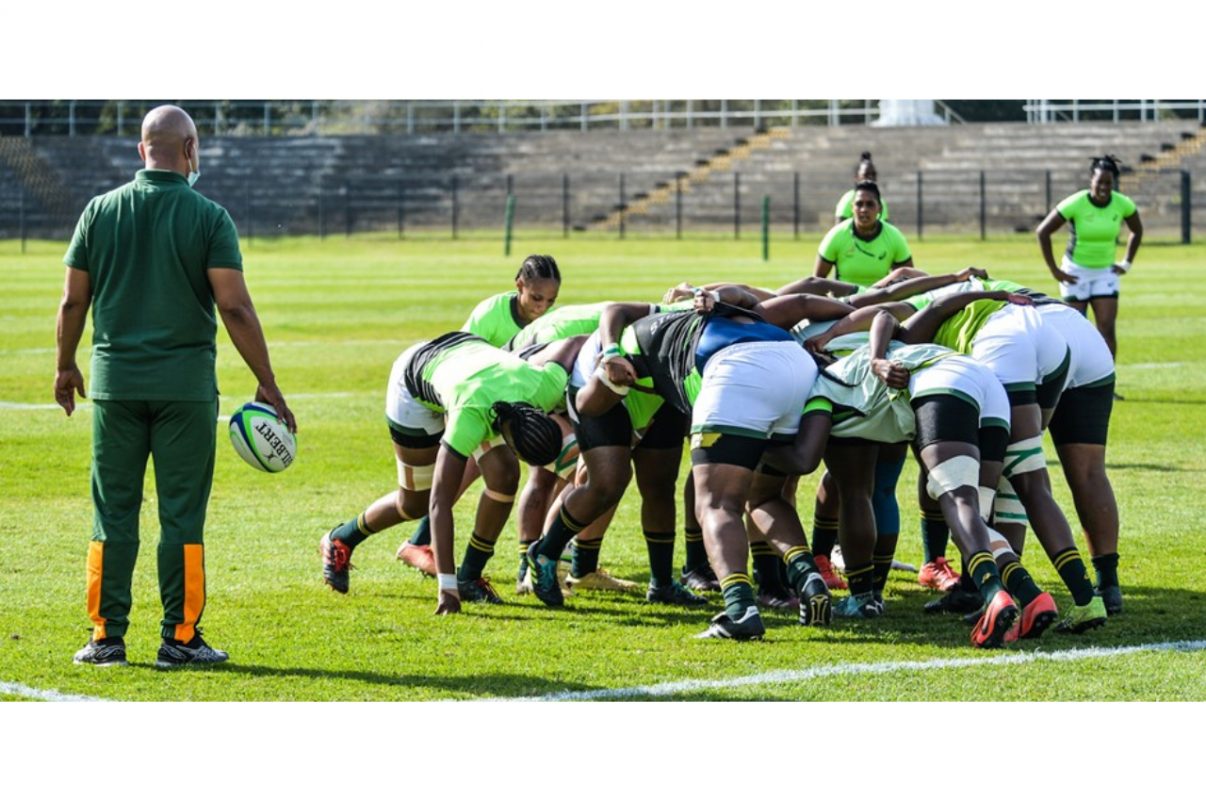 Springbok Women’s coach, Stanley Raubenheimer, invited two new uncapped players who were part of the girl’s rugby development pathways, Byrhandre Dolf and Luchell Hanekom, to his training squad of 31 players for their next camp, which starts in Cape Town on Friday, 18 March 2022.

The two-week camp is the second for the wider squad this year as Raubenheimer starts to fine-tune his troops for a season that will culminate with the Rugby World Cup in New Zealand in October.

Two uncapped DHL Western Province forwards, Azisa Mkiva (prop) and Nokubonga Siko (flank), impressed Raubenheimer enough at the first camp in Stellenbosch last month to remain part of the group that will assemble in Newlands and train at the Villager Rugby Club for two weeks.

Springbok Women’s captain Nolusindiso Booi is recovering from an Achilles strain and although she will not be part of the field sessions, will still attend all other team meetings and technical sessions.

“It will be important to have her around, especially when we are discussing the off-field stuff and as the leader of the squad, Nolusindiso remains an important link between the players and our management,” Raubenheimer explained.

“There is no need to rush her recovery at this stage, so she will be eased in for on-field duties when our medical staff are comfortable with that.”

Luchell Hanekom already attended the last two scrum and lineout camps where Springbok forwards coaches Deon Davids and Daan Human took the pack through their paces, while Dolf was in attendance when kicking consultant Braam van Straaten worked with the kickers last weekend.

“I was very impressed with Byrhandre, especially with what she can bring to our kicking game, but also with an eye on the future,” said Raubenheimer.

The team will play their opening matches of the season in the Rugby Africa Championship in June against Namibia and Zimbabwe. Raubenheimer will build towards those Tests with friendly matches against Cape Peninsula University of Technology and Hamilton Rugby Club in the next two Wednesdays, while he is also keen to address the shortcomings that were identified after their matches in Europe in November.

“We want to focus on rugby issues during this camp,” he said.

“We need to improve on our exits from our half and how to relieve pressure from our own 22. The focus on this camp will be around that aspect of our game and the matches we will play will test us physically, but also in our ability to convert pressure when in our relief zones,” he concluded.