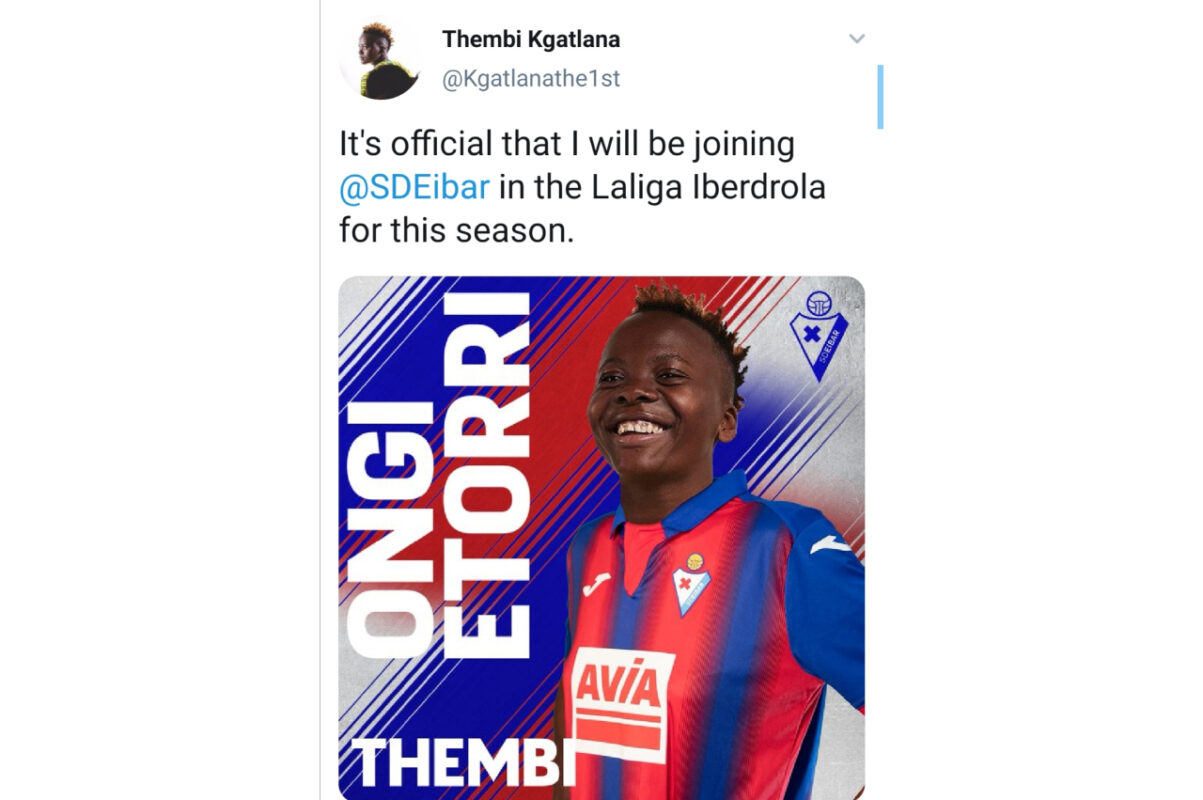 It is official, Banyana Banyana international star striker, Thembi Kgatlana will be playing in the Spanish LaLiga Iberdrola this season.

Kgatlana took to her Twitter page to announce her new deal with SD Eibar.

“It’s official that I will be joining @SDEibar in the Laliga Iberdrola for this season.”

It's official that I will be joining @SDEibar in the Laliga Iberdrola for this season. pic.twitter.com/THHa2oRka8

Kgatlana announced her departure from SL Benfica last week, stating that her time at the Portuguese club had come to an end after joining in January this year.

My time with Benfica has come to an end!

The 24-year-old who hails from Mohlakeng township, on the west of Johannesburg, has enjoyed a successful career on the international stage so far, having played in the United States for Houston Dash and in China with Beijing Phoenix FC.

In her national career, she represented South Africa at the 2016 Summer Olympics in Rio, Brazil, the 2018 Africa Women’s Cup of Nations where she won Player of the Tournament and was the top goal scorer. Kgatlana went on to win the CAF African Women’s Player of the Year later that year.

As if her impressive list of accolades wasn’t enough, she scored Banyana’s first-ever goal in the FIFA Women’s World Cup in 2019, held in France.