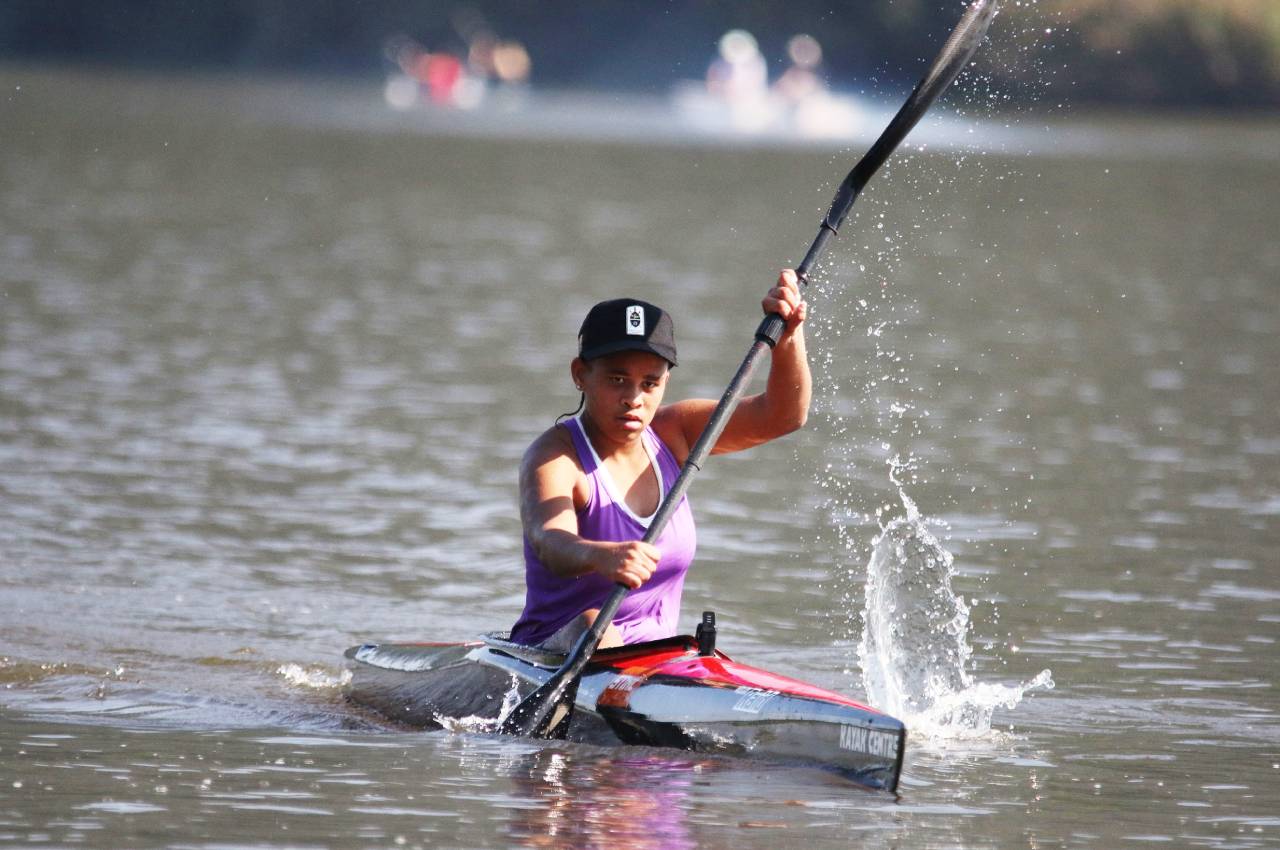 It has been an eventful few months for Shongweni-based schoolgirl Nosipho Mthembu who has been selected for two South African canoeing teams, the 2019 African Games sprint team to compete in Rabat, Morocco this week and the national marathon team to compete in the World Marathon Champs in China next month.

Mthembu will become the first black female athlete to represent South Africa in a canoeing event when she joins the Olympic medallist Bridgitte Hartley, Esti van Tonder and Donna Hutton in the women’s K4 at the African Games.

“I cannot believe that I am going to be in a boat with Bridgitte Hartley,” Mthembu said enthusiastically.

“She is someone that has been an inspiration for me and I will be racing with her for South Africa, it’s an incredible feeling.”

Mthembu stumbled upon paddling when she went to Shongweni Dam with her friends and after she got involved she was hooked. She has become a trailblazer for black female paddlers having become the first black female to complete the Dusi Canoe Marathon in a K1 earlier this year.

“I started paddling in 2013 and I thought it was a joke at first but then I fell in love with the sport.

“After a few months of paddling I started travelling to races and went to Cape Town and Gauteng to race which was exciting,” she said.

The youngster who is currently completing matric will be in for an exciting few months as she juggles her school work and competing on the international stage.

“We decided to race together and have now qualified for the World Champs!” Canoer, Nosipho Mthembu on partnering with Amy Peckett.

Mthembu teamed up with Amy Peckett at the South African Marathon Championships in Gauteng and the pair won the Under-18 girls race which qualified them to represent South Africa at the World Marathon Champs in China in October.

“We were lucky because both of us didn’t have a partner for the KZN Champs and we raced that together and won.

“After the KZN Champs my coach told me that Amy didn’t have a partner for SA Champs so we decided to race together and have now qualified for the World Champs!”

There have been a number of influential people in Mthembu’s life and from a paddling perspective she can’t look past Dusi Canoe Marathon winner Sbonelo Khwela. Khwela is also based at Shongweni Dam and is an important sounding board for the youngster.

“We try and sit with Sbonelo as much as possible and learn from him,” she added.

“He is my role model. He gives me advice and tells me what I should do and shares his strategies with me. He is a big reason why I paddle,” Mthembu ended.

Photo 1 Caption: Shongweni schoolgirl, Nosipho Mthembu will become the first black female paddler to represent South Africa at the upcoming Africa Games in Morocco and then will be part of the national team heading to China for the ICF World Marathon Championships next month. Photo: Lynne Hauptfleish/
Gameplan Media 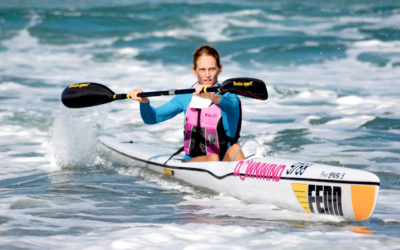 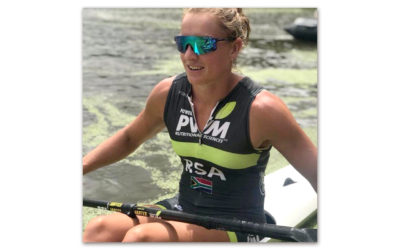 Sprint Kayaker Esti van Tonder has been selected by Canoeing South Africa as one of two South Africans to attempt to qualify for the Tokyo Olympic Games. Van Tonder proved why she had been...