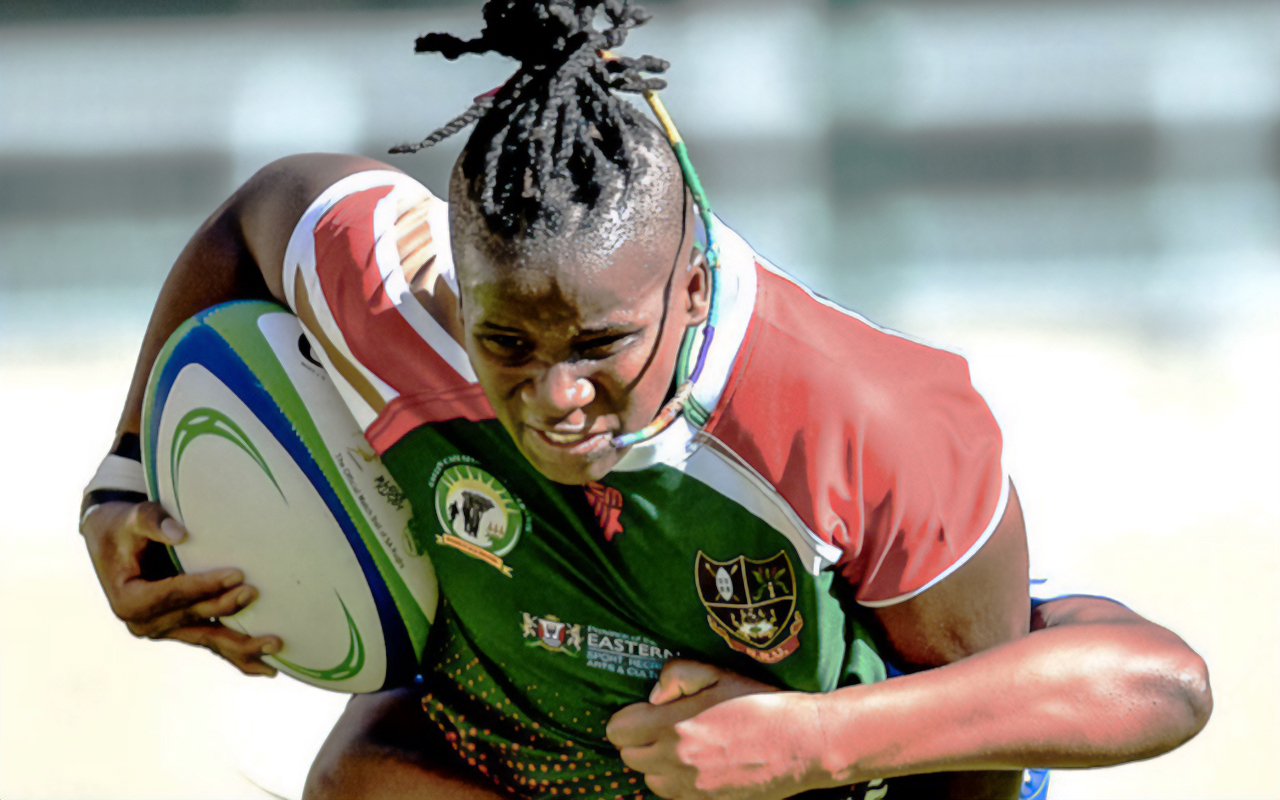 Western Province and Border Ladies will meet in the Women’s Premier Division final for the fifth time in as many seasons after both sides registered bonus-point victories in their respective round eight matches on Saturday, 26 June 2021.

The Capetonians thumped EP Queens 41-15 in Gqeberha for their eighth win in a row this season, while Border Ladies broke away in the second half against Cell C Sharks in East London for a convincing 38-10 victory.

Meanwhile, Boland Dames tamed Blue Bulls Women 21-0 in the other match in Pretoria on Friday.

In the Women’s First Division, defending champions, Mastercard Golden Lions Women, proved that they could be a force to be reckoned with once again in Group 2 of the competition as they earned their second win in a row by beating Leopards 34-12 in Johannesburg, while Limpopo Blue Bulls annihilated Pumas 71-0 in Polokwane in their first win of the season.

In the opening Group 1 First Division match, Free State made a strong statement as they outplayed Griffons 39-10 in Welkom.

WP Surge Further Ahead in Gqeberha

It was all about the numbers for Western Province who scored seven tries to secure a bonus point in an eighth successive victory to ensure a second consecutive home final in the Women’s Premier Division with a 41-15 win over the EP Queens.

They mastered the gusty Port Elizabeth wind and equally gutsy home defence, asserting their superiority through the back division with five of their tries coming from the back three and a sixth from impressive outside centre Chumisa Qawe.

Their first came after only four minutes with sleek fullback Donelle Snyders speeding onto a pass 60 metres out before gliding through the defensive screen to score close enough to the posts for flyhalf Vuyo Maqholo to convert.

International Veroeshka Grain finished off the second in her right-wing corner from a short-range tap penalty before her wing partner Simamkele Namba scored the first of her brace from a pick and go at a ruck after powerful surge by Qawe.

Lock Luyane Willemse used her considerable power to break up the back-fest with a close range try of her own before Namba swept up for her second down the blindside of an unprotected ruck from 40 metres out.

On a rare escape from the cage of their own quarter, EP broke their duck with a fine try by right wing Thando Hena, powering and swivelling through three tackles from 15 metres and, two minutes after the break, replacement halfback Anacadia Minnaar claimed a second.

Qawe’s strong running was rewarded with a try midway through the half and the seventh and final came from replacement right wing Zintle Mpupha with nine minutes remaining, appropriately giving DHL WP the final word after Raylene Noubos had scored EP’s third from close range shortly before.

Border Ladies cemented their place in the Women’s Premier Division final with a commanding performance against Cell C Sharks Women in East London on Saturday, which saw them cruise to a satisfying 38-10 victory.

The 2019 finalists scored five tries – two of which were by fullback S’nenhlanhla Shozi – to add to an early penalty try, while they limited the KwaZulu-Natalians to two tries by Nqobile Mhlangu (centre) as they stood their ground firmly on defence.

The opening stages of the first half proved to be a stop-start affair as both teams tried to find their rhythm on attack but were hindered by handling errors.

The Border Ladies earned the first points of the match thanks to a penalty try, and they managed to build enough momentum on attack for Shozi to score in the 33rd minute after spreading the ball wide following good pressure close to the tryline.

Cell C Sharks Women hit back on the stroke of halftime as Mhlangu crossed the chalk following some good handling and support play, which allowed them to reduce the deficit to 12-5 going into the break.

Mhlangu earned her brace minutes into the second half after sustained pressure following a knock-on which handed the visitors a valuable scrum a few metres out, and this allowed them to close the gap to two points.

This, however, was short-lived as Border Ladies flyhalf Yandisa Nobanda darted through under the posts and added the extra two to stretch their lead to 19-10.

The Border Ladies added their bonus-point try minutes later thanks to a powerful run by Lusanda Dumke (No 8), who has proved to be a menace on attack this season.

Shozi followed with her second try of the day thanks to a well-timed pass out wide, and then Asisipho Plaatjies (centre) dotted down, inflating their lead to 38-10, which they held onto until the final whistle.

Boland Dames made better use of their opportunities as they beat Blue Bulls Women by 21-0 in their Women’s Premier Division clash in Pretoria on Friday afternoon.

With their backs to the wall for most of the first half, the visitors switched to a higher gear after the break and punished the Bulls to record their fourth win of the season and move back into third position on the log.

Their second half display would have given the Bolanders a lot of belief with the end of the season in sight, as they held firm in the first half before unleashing some great attacking play after the break.

The Dames led 3-0, courtesy of a Demi Nel penalty goal, after 40 minutes, which was totally against the run of play and mainly due to the Blue Bulls Women’s inability to make their numerous scoring opportunities count.

The home team were camped in the Boland for almost the entire first half, with a slew of penalties against the visitors – including two yellow cards – but the Bulls simply could not capitalise on this, through a combination of good defence by the visitors, and mistakes by the hosts.

Built on the back of a strong scrum, Boland scored 13 unanswered points in the third quarter, with Nel adding another penalty goal before brilliant tries by Springbok Women’s midfielder Aphiwe Ngwevu and Abegail Jantjies (hooker) after total attacking dominance by the visitors.

The Blue Bulls had a few more opportunities late in the match, but they still could not make any inroads and were kept scoreless for the first time this season, while the Bolanders rubbed salt into the wounds with an injury time try by Snare Vuso (lock).

Limpopo Blue Bulls centre Provia Mashiane was the star of the show for her team in their Women’s First Division match against Pumas at Noordelikes Rugby Club as she scored a hat-trick and kicked five conversions for a personal tally of 25 points in their 71-0 victory.

Limpopo Blue Bulls were in dominant form on attack and defence, which saw them earn 11 tries – with Mashiane’s midfield partner Nelly Semenya also having a good day as she scored a brace – while they shut out the visitors completely with a tenacious defensive display.

Golden Lions Make It Two Out of Two

Braces by Mastercard Golden Lions Women’s players Nontuthuko Shongwe (flyhalf) and Piwokuhle Nyanda (centre) paved the way for the defending Women’s First Division champions to power their way to a 34-12 victory against Leopards at Wits University Rugby Club on Saturday.

Shongwe added two conversions to her total as the team ran in six tries in a fine attacking display, while they limited the Leopards to four penalty goals by Jacomiena Cilliers (centre).

Strong First Half Steers Free State to Commanding Away Win

A strong first half by Free State in which they scored 34 points to none by Griffons paved the way for a 39-10 victory in their opening match of the season in Welkom.

Seven different players crossed the tryline for the Bloemfontein side as they showcased their skills on attack, and their defence stood strong in the first half, before the home side managed to barge over twice in the second stanza to work their way onto the scoreboard.

Photo 1 Caption: Western Province and Border Ladies will meet in the Women’s Premier Division final for the fifth time in as many seasons after both sides registered bonus-point victories in their respective round eight matches on Saturday, 26 June 2021. Photo: WomenBoks (Twitter)