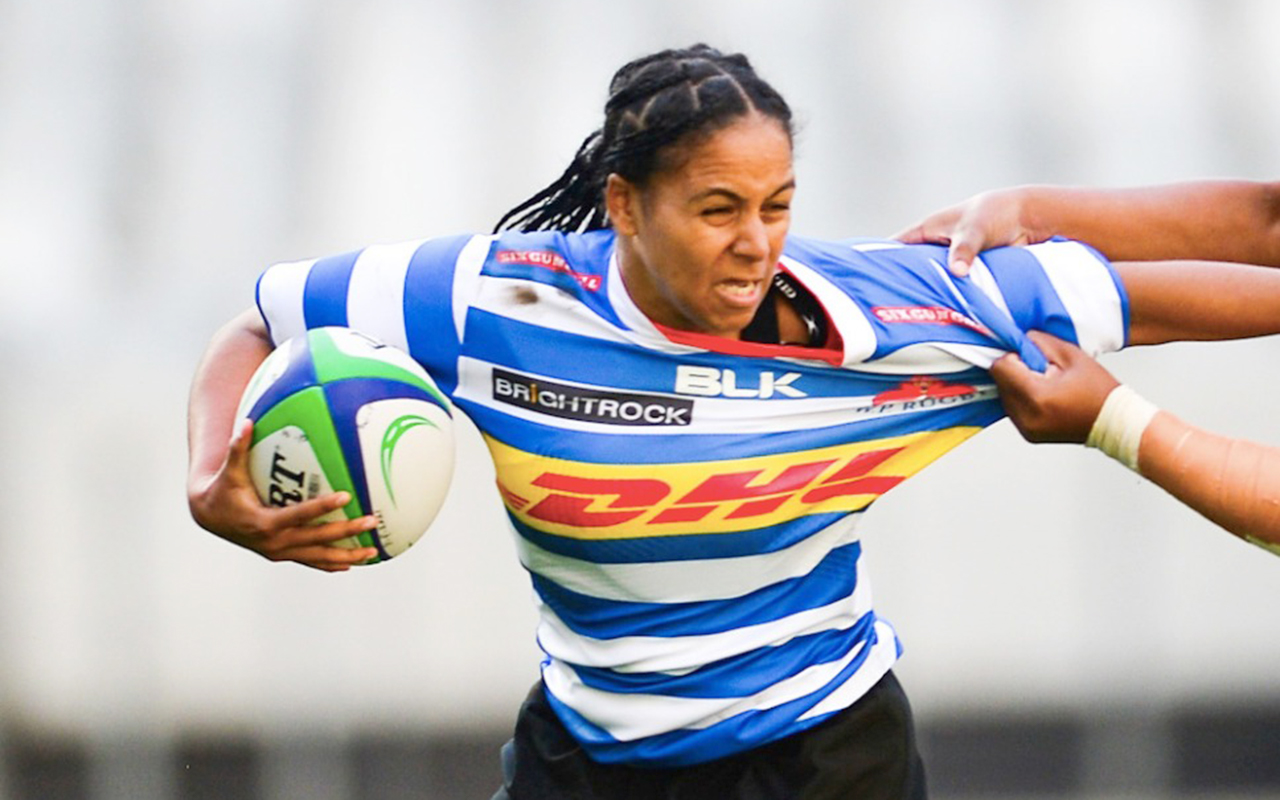 Western Province reinforced their status as the favourites to clinch the Women’s Premier Division title this season as they secured their sixth successive win in a thrilling round in which the EP Queens stunned Border Ladies and the Boland Dames earned their second win a row.

The DHL-sponsored Western Province outplayed the Blue Bulls Women 38-5 in Cape Town on Saturday, 12 June 2021, while the EP Queens defeated Border Ladies 12-8 in the Eastern Cape derby in East London, and the Boland Dames registered an 11-5 victory against the Cell C Sharks in Durban.

In the Women’s First Division, defending champions, the Mastercard Golden Lions Women, delivered a classy performance to outplay the Limpopo Blue Bulls 66-0 in Polokwane, while the Leopards started their season on a winning note by beating the Valke by 41-17.

Western Province produced a strong second-half performance at Newlands in Cape Town on Saturday to outclass the Blue Bulls Women 38-5 for their sixth successive victory in Women’s Premier Division.

Springbok Women’s flyhalf Zintle Mpupha was in hot form as she scored a brace and slotted four conversions for a personal tally of 18 points.

The first half was very competitive as both teams tried to make their presence felt on attack and backed this up with a determined defensive effort, which saw only one try being scored by Western Province.

The Capetonians, however, controlled proceedings in the second half, touching down five times and conceding only one try for the convincing victory.

Western Province made their way close to the tryline on several occasions in the first half, but the visitors managed to shut them out thanks to their effective scramble defence.

The hosts finally broke through in the 35th minute with Megan Kannemeyer (centre) touching down under the posts and Mpupha added the extra two to hand them a 7-0 lead, which they held onto going into halftime.

Mpupha doubled her team’s lead shortly after the restart as she dashed around the defence to touch down and she added the conversion.

Springbok Women’s lock and captain Nolusindiso Booi added another try minutes later following a quick tap by Felicia Jacobs (scrumhalf), and the bonus-point try followed soon after as Lihle Mzimkulu (replacement back) danced her way through the defence to stretch their lead to 26-0.

The pressure on the Blue Bulls Women increased soon after as Daphne Scheepers (centre) received a yellow card for a deliberate knock-down, but despite this they managed to score their first try of the match compliments of Zintle Nonkasana (flyhalf).

The hosts responded with back-to-back tries by Simamkele Namba (wing) and Mpupha, which saw them seal the 38-5 victory.

Dominant Dames Too Strong in Durban

Built on the back of a powerful performance by their pack of forwards, Boland Dames secured a well-deserved 11-5 win over the Cell C Sharks in their sixth round Women’s Premier Division clash in Durban.

The visitors enjoyed territorial advantage and had the bulk of the possession, yet it was the Cell C Sharks Women who went into the break ahead by 5-3 after Boland had squandered a few scoring opportunities.

The Durbanites – who were forced to defend for most of the match and did so with aplomb – used the one chance they got before the break though, and Nothando Majozi (scrumhalf) didn’t need a second invitation to capitalise.

With time almost up on the clock after Demi Nel (outside centre) had put Boland 3-0 ahead with a penalty goal, the Cell C Sharks were awarded a penalty from the restart and thanks to some quick thinking, Majozi took a quick tap, sidestepped a defender and went over for the only try of the half.

The Dames started the second half strongly and it was a matter of time before they took the lead again, through a try by Springbok Women’s midfielder Aphiwe Ngwevu.

The Cell C Sharks were reduced to 14 players due to repeated infringements, and when Ngwevu got the ball, the home team just could not stop her powerful run and she crashed over with 30 minutes to go.

Despite strong defence by the Durbanites, the visitors continued to dominate and keep the Cell C Sharks on the back foot. This allowed Nel two more attempts at goal – one of which split the uprights in the 73rd minute to put the Bolanders ahead by 11-5.

That is how it stayed until the end, and Boland deservedly moved up into third position on the log.

EP Queens turned the Women’s Premier Division form book on its head to pull off the shock of the round as they utterly dominated the second half of the Eastern Cape derby to record a richly deserved 12-8 (halftime 0-3) victory over the Border Ladies at Police Park in East London.

The visitors paid no heed to their run of four successive defeats, scoring two tries in the final 10 minutes to stun the home side. It was no more than EP deserved.

With the breeze at their backs and the experienced boot of Springbok Women’s flyhalf Zenay Jordaan repeatedly pushing Border back into their own 22, the Queens controlled the territorial game in the second half but had to wait until the 70th minute to overcome the lead that flyhalf Yandisa Nobanda had given the Border Ladies with a 25th minute penalty goal.

It was Jordaan who broke Border’s resistance, ghosting through the defence to score just to the right of the posts from scrum possession on the same side of the field.

Jordaan converted but could not improve on a second try wide out on the same side – again from scrum possession – when strong No 8, Sinalo Mtshizana, drove second phase ball over the line with replacement lock Bohile Dinge supporting to seemingly drive the ball to the grass in a melee of bodies.

Replacement flyhalf Asisipho Plaatjies brushed through tiring EP defence to score a consolation try for Border in the final three minutes, but it was too little and far too late to avoid a second successive defeat for the stunned Border team.

Mastercard Golden Lions Women Fire on All Cylinders in Polowane

The Mastercard Golden Lions Women got their season off to a superb start on Saturday as they fired on all cylinders at Noordelikes Rugby Club in Polokwane to register a comprehensive 66-0 victory against the Limpopo Blue Bulls.

The Johannesburg outfit were outstanding on attack as they racked up an impressive 12 tries, with Piwokuhle Nyanda (centre) earning a hat-trick, and they supported this with a fine defensive effort to keep the hosts scoreless.

The Leopards delivered a strong performance against the Valke in Brakpan, scoring a rewarding six tries, with flyhalf Izel Cilliers earning a brace, in their 41-17 victory.

The Valke – who made their first appearance in the Women’s First Division since 2016 – entered the break 24-12 down, and despite their best efforts they could only score two tries to add to the penalty try awarded to them.

Photo 1 Caption:  DHL Western Province reinforced their status as the favourites to clinch the Women’s Premier Division title this season as they secured their sixth successive win in a thrilling round in which the EP Queens stunned Border Ladies and the Boland Dames earned their second win a row on Saturday, 12 June 2021. Photo: WomenBoks (Twitter)