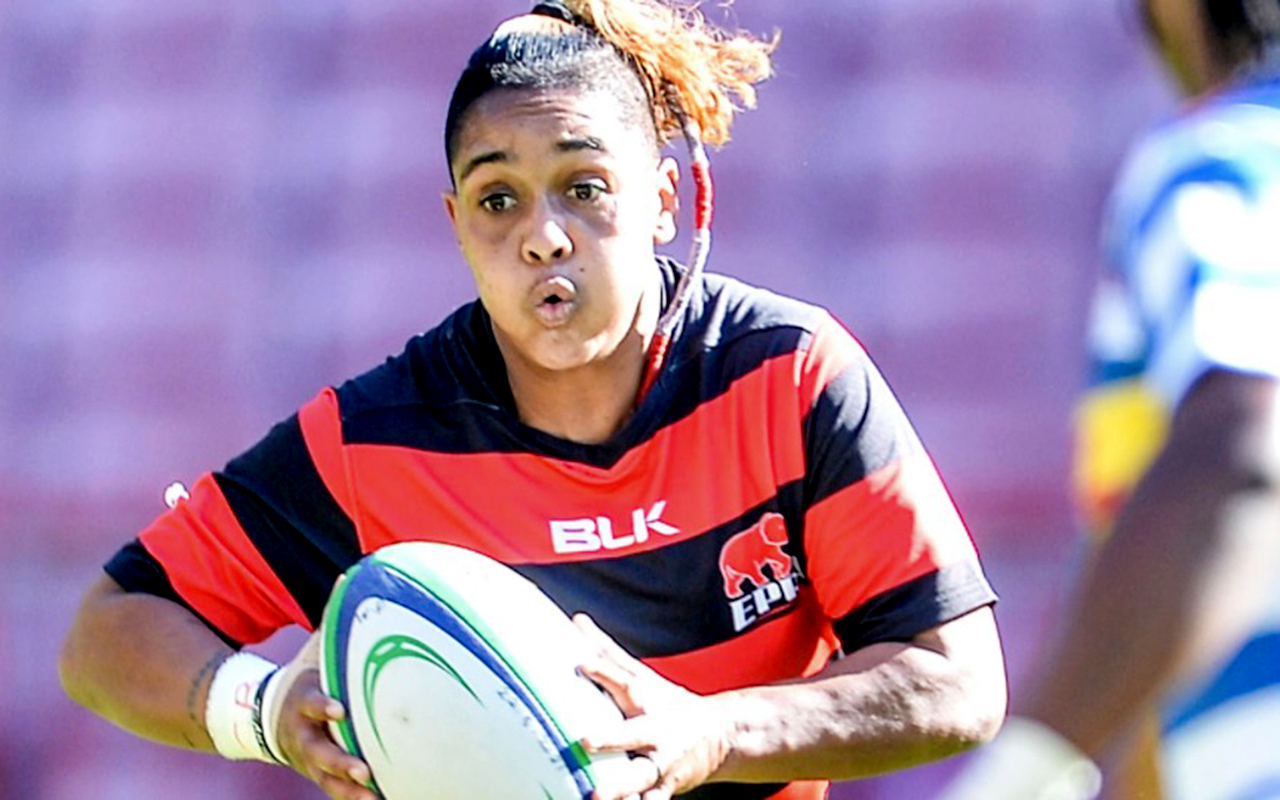 Western Province reaffirmed their status as favourites to defend their Women’s Premier Division crown as they earned their seventh win in a row in an exciting round featuring valuable wins for Border Ladies and EP Queens on Saturday, 19 June 2021.

Western Province thumped Boland Dames 56-10 in the Western Cape derby in Wellington, while Border Ladies bounced back from successive defeats to outplay Blue Bulls Women by 32-10 in Pretoria. Meanwhile, EP Queens, ground out a 15-10 win against Cell C Sharks Women in Port Elizabeth.

The First Division was equally entertaining as Valke secured their first win of the season in style with a comprehensive 80-5 victory against Pumas in Standerton, while Leopards continued their winning ways as they outplayed Limpopo Blue Bulls by 50-12 in Potchefstroom.

Western Province overturned a 10-0 deficit against Boland Dames to demolish their neighbours 56-10 in an action-packed Women’s Premier Division encounter.

The Capetonians were in fine form, scoring nine tries to add to a first-half penalty try, while they limited the hosts to a converted try and penalty goal by flyhalf Demi Nel to earn their seventh successive victory of the season.

Boland Dames started the match strongly by applying consistent pressure on attack and their efforts paid off as Nel dashed through a hole in the defence to score, and she added the extra two before slotting a penalty goal to hand her side a 10-0 lead.

They found themselves under pressure soon after as two players were sent to the sin bin within minutes of one another, and the Capetonians capitalised on this with Springbok Women’s wing Veroeshka Grain touching down for their first points of the match.

They were awarded a penalty try soon after as a player was tackled off the ball denying them a sure try, and and Shaylin Simons (wing) added another five-pointer as she touched down in the corner on the stroke of halftime to hand the team a 17-10 lead.

Boland were dealt a massive blow soon after the restart as Theresa Ruiters (scrumhalf) received her second yellow card for a dangerous tackle, which saw her being sent off for the remainder of the match, and Simons took advantage of this to score her second try which Zintle Mpupha (centre) converted to increase their lead to 24-10.

The visitors continued to stamp their authority as the match progressed with Nomkhita Chuba (replacement prop) darting through the defence to touch down and Nopinky Mazwi (flank) followed after sustained pressure close to the tryline.

Alichia Arries (replacement wing) added her name to the scoresheet early in the fourth quarter using her speed to dash to the line, and Mazwi followed from a pick-and-go to secure her brace.

With their confidence up the defending champions kept the scoreboard ticking until the end, with Kimberley Karassellos (replacement back) and Nokubonga Siko (No 8) scoring further tries to secure a satisfying 56-10 victory.

Border Ladies Back to Winning Ways in Pretoria

Border Ladies put in a classy performance to return to winning ways in the Women’s Premier Division as they outclassed Blue Bulls Women by 32-10 in Pretoria on Saturday afternoon.

After losing their last two games, the women from East London hit back in style and outscored their hosts by five tries to one at Loftus Versfeld.

Border were firmly in control for most of the match, with two tries by Zintle Holofela (outside centre) putting them in the lead by 15-3 at the break.

Blue Bulls Women were under pressure as they struggled in the set pieces, with Holofela’s first try coming as a direct result of the home team losing a lineout on their tryline.

Border defended very well and also used their strong carriers to good effect, with Lusanda Dumke (No 8) yet again leading the charge. Credit also to the visitors for their positive attitude as Holofela’s second try came in injury time, after they kept on hammering away after the hooter had sounded.

Two quick tries after half-time – by Asisipho Plaatjies (centre) and Unam Tose (scrumhalf) – meant the Ladies stretched their lead from 8-3 to 27-3 in five minutes either side of the break, which all but ended the Blue Bulls’ challenge.

Rumandi Potgieter (scrumhalf) scored a consolation try for the Blue Bulls Women after they finally managed to hold onto the ball in the red zone.

EP Queens scored a second consecutive win at home on Saturday, this time edging Cell C Sharks Women by 15-10 in a tight game, played at Wolfson Stadium in Zwide near Port Elizabeth.

Like in last weekend’s win over the Border Ladies, it was the clinical intervention from Zenay Jordaan that made the difference five minutes from time. With the scores tied at that time with the visitors having most of the possession, the Springbok Women’s flyhalf set off on a lovely run for the winning try, stepping inside two defenders and then outside another.

Cell C Sharks Women had the upper hand for a large part of the match, but in the end they made too many mistakes when in striking distance. They scored early after a good drive to the EP line, through Phatheka Dzanibe (flanker), but that momentum could not be sustained.

The home side responded well when Abongile Gcwememe scored. The left wing benefitted from a flowing backline move with decoy runners stopping defenders, allowing Gcwememe to go over in the corner to level the scores at 5-5, which is how it stayed until the break.

The second half was another physical and hard-fought affair. The visiting pack had the dominance and bustling No 8, Sizo Solontsi, scored following a number of good attacks for a 10-5 lead.

The Queens responded, this time through their pack, as Amahle Nyoba (prop) emerged under a heap of bodies following a forward maul.

Five minutes from time, Jordaan weaved her magic and much to the despair of the visitors, a final attack ended with a handling error and yet another close defeat.

Buhle Ngaliphi (wing) made a valuable contribution with her brace, while Jacomiena Cilliers (centre) also made her presence felt with a try and five conversions for a personal tally of 15 points.

Limpopo Blue Bulls in turn were limited to two tries, which saw them having to settle for their second defeat of the season.

Valke fire on All Cylinders in Standerton

Valke fired on all cylinders to score a whopping 14 tries against Pumas in Standerton for a memorable 80-5 victory which marked their first win of the season.

The team backed up their fine attacking form with a tenacious defensive effort leaking only one try in the first half.