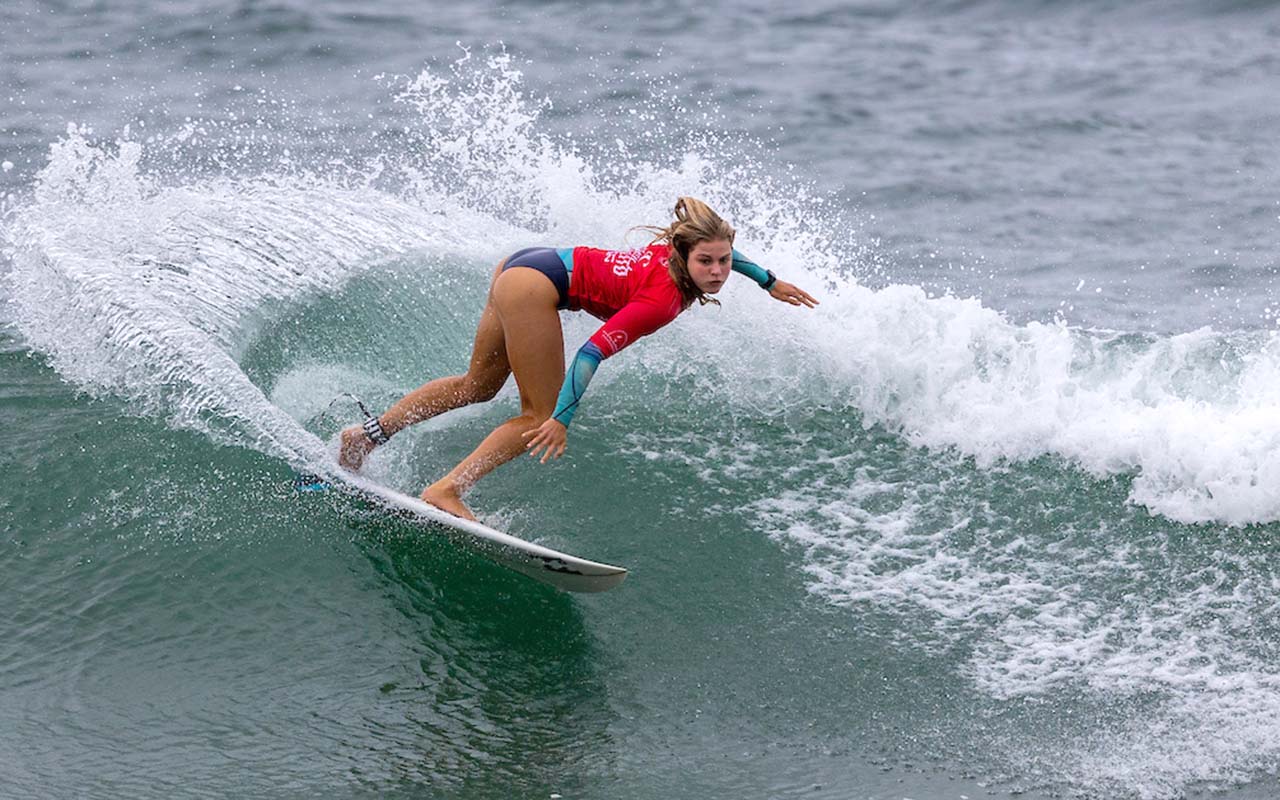 The win puts Steyn on top of the 2021/22 WSL Africa rankings, and Steyn expressed her delight after her victory saying:

“I’m so, so happy. It’s my first time winning a QS event, and for it to be here is so special!” – Maiden World Surf League Women’s Qualifying Series winner, Zoë Steyn

“This win puts me in a good place for next year. I really want to qualify for the Challenger Series,” added Steyn.

“The waves are really nice, all my friends are here, my mom is here, so I’m really happy. Ballito is predominantly a right-hander so it’s similar to home, it’s punchy and has a lot of power, and I really enjoy it.”

“She’s been super consistent, sticking to the strategy and game plan, and it worked out really well. It was tough in that final, we made a call to go on the rights and it worked out very well. I’m stoked, couldn’t ask for much better, she had a great run. Pro Junior champ and Women’s champ, job well done.”