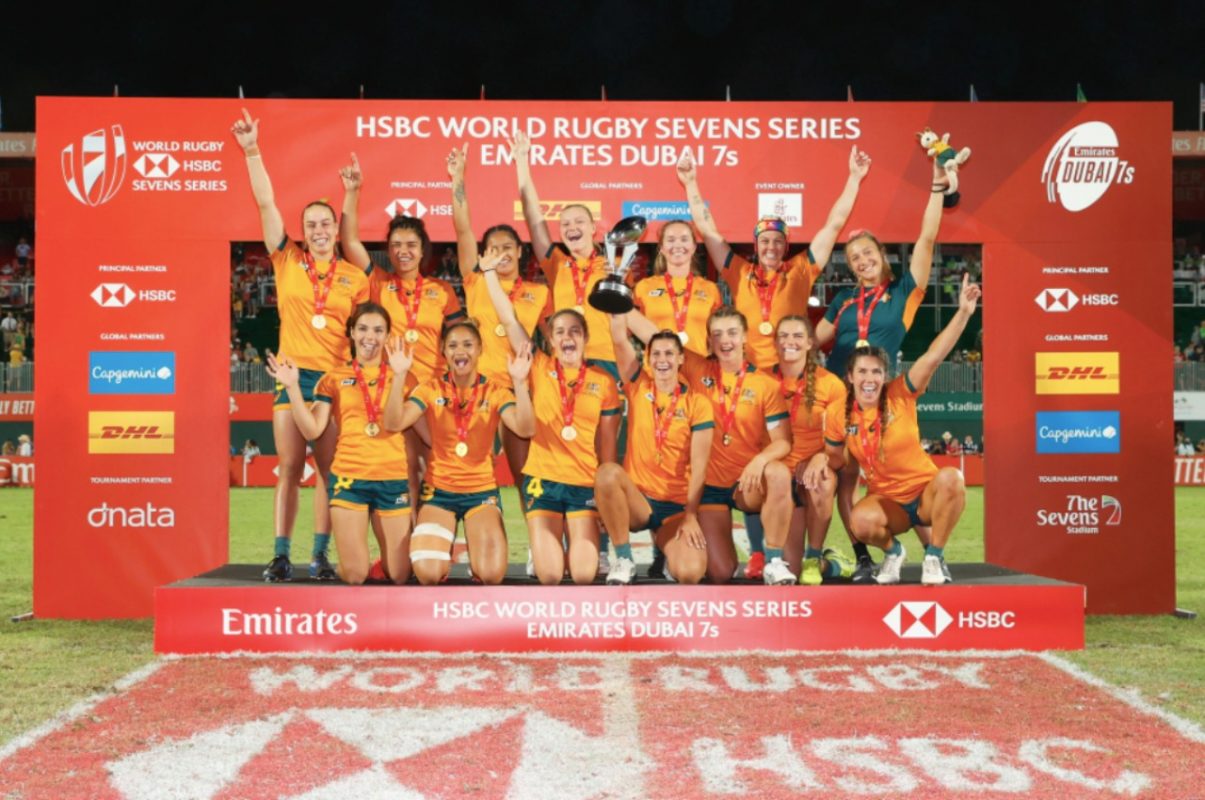 Australia capped the rugby sevens World Series with a 21-17 win over New Zealand to earn their third title in Langford, Canada on Sunday, 1 May 2022.

With New Zealand’s “Black Ferns” missing the four previous events due to Covid-19 concerns, Australia claimed their fourth gold medal of the series at Langford to wrap up the championship ahead of the Toulouse finale later this month.

Australia went into the Langford final against the Black Ferns with the Series won but were determined to sign off with a win over the Olympic champions.

“It has been so good to have NZ back on the circuit,” said coach Tim Walsh.

“We both love the competitive encounters and the challenges we impose on each other.

“To win the World Series is a remarkable and memorable experience for all involved, and to do it with an exceptional win showing resilience and character multiplies the emotions.”

Playing their first World Series event in over two years, the Cory Sweeney-coached Black Ferns came within seconds of winning the gold medal in Canada but lost captain Sarah Hirini with a minute left when teammate Portia Woodman put an inadvertent elbow into the skipper’s face.

Hirini came off with blood streaming and New Zealand conceded a string of breakdown penalties, paving the way for Australia’s Lily Dick to score the match-winning try.

“I felt so bad doing that to Sarah, said Woodman of the elbow.

All nine World Series have been won by either Australia or six-time champions New Zealand.

The rivalry will continue at the July-August Commonwealth Games in Birmingham.