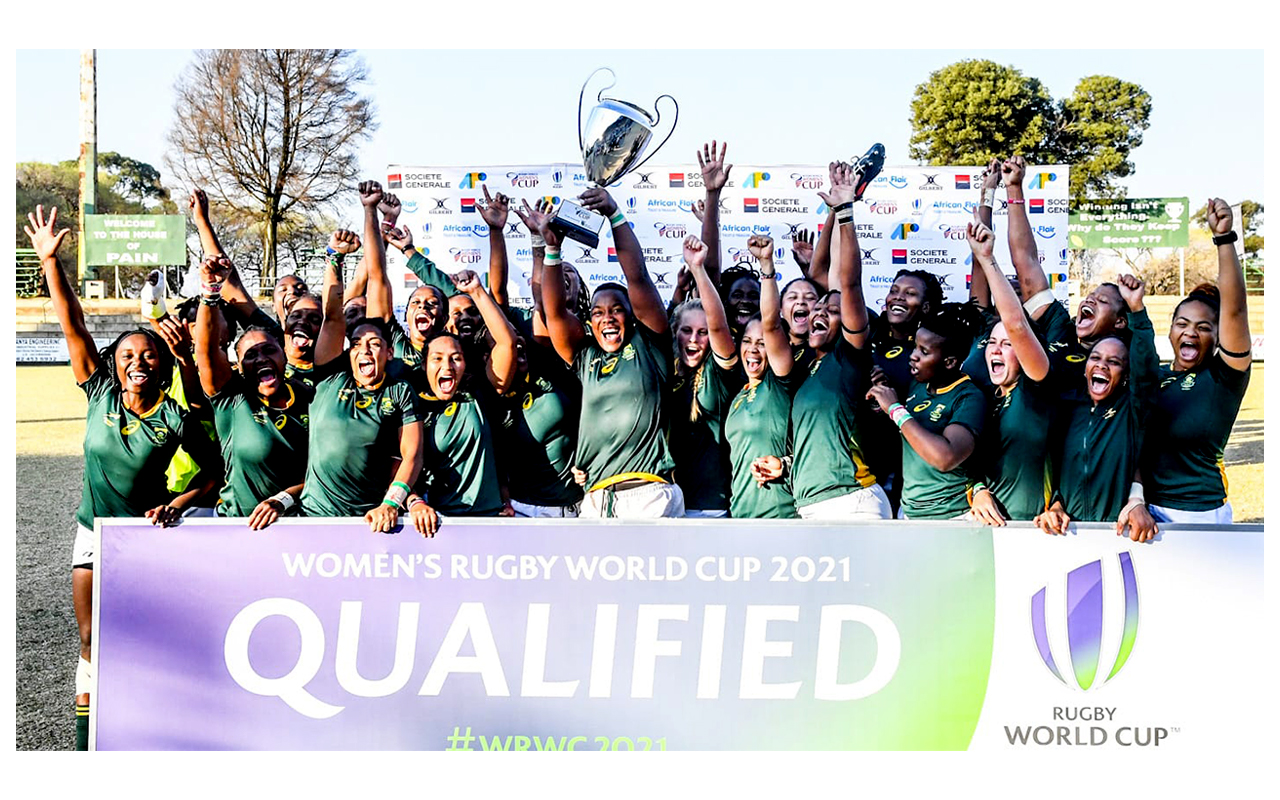 The Springbok Women will face England, France and debutantes Fiji in Pool C of the 2021 Rugby World Cup in New Zealand, which will play out in Auckland and Whangarei from 18 September to 16 October next year.

Springbok Women’s coach, Stanley Raubenheimer and his charges received the news late on Thursday night during an extravagant RWC draw at the popular SkyCity Theatre in Auckland.

The tournament – the fourth time the Springbok Women will participate in the international extravaganza and the first time in seven years that they return to women’s rugby’s biggest stage – marks the first women’s Rugby World Cup in the southern hemisphere and features three pools of four teams.

Defending champions and tournament hosts, New Zealand, have been drawn in Pool A and will battle it out against Australia, Wales and the winner of the qualifier between Kenya and Columbia next year.

“It’s a tough pool but we always knew it would be.” – Springbok Women’s head coach, Stanley Raubenheimer

The USA will take on Canada, and the winners of the Asia 1 and Europe 1 qualifiers – which is also set to be played in 2021 – in Pool B.

Reacting to the pool draw, Raubenheimer said that his charges had to be prepared to be tested in New Zealand, but they were looking forward to the challenge.

“It’s a tough pool but we always knew it would be,” said Raubenheimer.

“You have to play against two of the top six teams and in our case, we have England and France.

“England were runners up in the last World Cup and France were bronze medalists, but that is the reality of playing on this stage, and hopefully we can give a good account of ourselves.”

With the tournament kicking off in less than 10 months, Raubenheimer said good preparation and analysis of their opposition would be vital to ensure that the team is as ready as can be when they depart for the land of the long white cloud.

“We need to give a good account of ourselves, and we know now who we need to prepare for.” – Raubenheimer on preparations ahead of RWC2021.

“We will zoom into the opposition more going forward, which is a positive because before the draw we had to look at all of the teams,” he said.

“We will also look specifically at what we need to do and what we can be better at, but that said the biggest focus is on ourselves.

“We need to give a good account of ourselves, and we know now who we need to prepare for.

“Watching the draw gave us a sense of nervous excitement, but we can really focus on what we need to do now.”

The 2021 Rugby World Cup will mark the third time the Springbok Women face France in the pool stages of the showpiece after crossing paths with them in the 2014 and 2006 tournaments, but it will be the first time they meet England and Fiji.