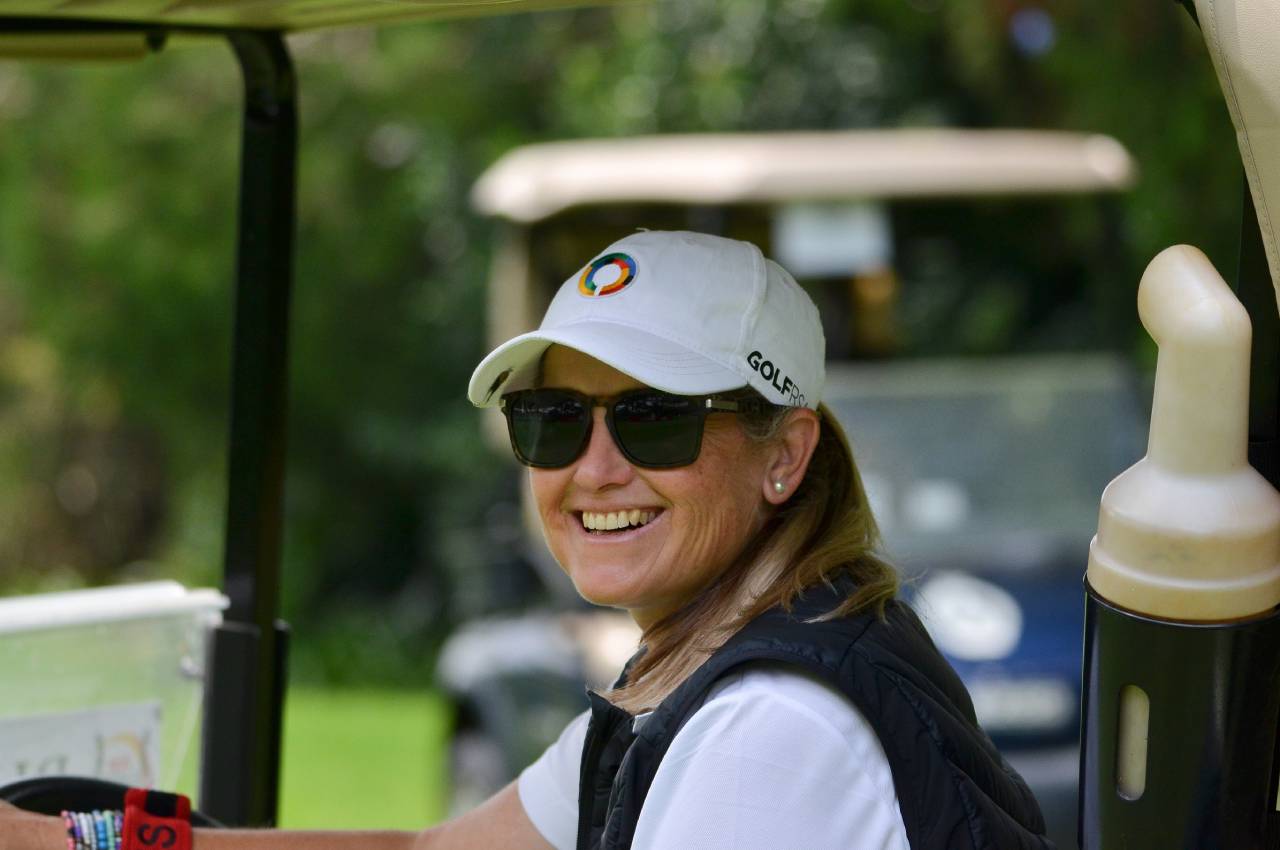 Grassroots Development at the Core for WGSA President Sarah Braude

When Sarah Braude took up her role as President of Women’s Golf South Africa (WGSA) in April, South Africa and the World was in the midst of turmoil due to the Covid-19 pandemic. The disruption to all sports in the country due to the lockdown didn’t deter Braude from her goals and passion; which is to drive golf development and to grow the women’s game at grassroots level.

Her dream is to establish a vast golf development network across all 14 unions in the country and to bring more women to the sport, even going as far as expanding WGSA’s reach across the country’s borders into Africa.

Her expertise as an administrator and her experience as a town planner proved invaluable in GolfRSA’s successful bid to re-open golf at Alert Level 3. This year’s finalist in the Woman of the Year category has guided women’s amateur golf with great skill in the four months at the helm, and she is not done just yet.

Take us through your journey in golf administration?

I first got involved with golf administration after we relocated to Cape Town from KwaZulu-Natal. I was elected as Lady Captain at Atlantic Beach Links in 2009 and I was subsequently elected to the former Womens Golf Western Province Executive in 2011.

I served for six years, including a term as President from 2014 – 2017 and before that I also worked as Tournament Administrator for Womens Golf South Africa. (Braude was also named a finalist in the Administrator of the Year category of the Western Cape Department of Sport, Culture & Arts Awards in this period).

In 2017, I was elected to the Vice-President position at WGSA and served with former President Sally Greasley for three years.

What keeps you driven?

I became involved with administration because of my passion for golf development and my desire to give back to the game. In my youth, golf was not a sport that girls or women typically played.   I have been very fortunate to be surrounded by equally committed women in these committees.

Being able to create opportunities to grow the game – in particular among young girls and mid-amateurs – meant that serving in administration was not a challenge, but rather an important step in the journey to grow and develop the game.

Sponsorship for women’s golf has never been an easy road, and now, with the economy severely impacted by the Covid-19 pandemic, it is probably as tough as it’s ever going to get. How do you intend to source the much-needed sponsorship the women’s game needs to grow?

As with most amateur sports, securing sponsorship is a challenge, especially in women’s golf.

However, there have been and still are some very dedicated partners – such as the Nomads Club of South Africa, Aon and Bridge Fund Managers – who have supported amateur golf in general and the development of amateur women’s golf.

The national sponsors are joined across the country by many other sponsors at our union championships and tournaments, while most clubs have been fortunate to secure local sponsors who support their Open days and club championships. Going forward, we hope that these partners will remain committed to sponsoring amateur golf.

Women’s golf has been exploding in the last few years. In your view, has any particular country made bigger strides than the others in growing the women’s game and how have they achieved this?

It is a fact that women’s golf has grown exponentially through programmes focussed on young females and women and families, however I believe our programme in South Africa is one of the success stories. WGSA has over the last ten years, implemented a very successful development programme which has grown to 54 grassroots coaching nodes across the country. At these nodes, any young female wanting to learn the game can receive free coaching.

Some of these coaching nodes are run by unions and local PGA professionals, while others are run in a partnership between the unions and the South African Golf Development Board, golf clubs and / or schools.

These young women then have the opportunity to progress onto gaining a handicap and not only become good club golfers, but also have the chance to develop their dreams of representing their union or South Africa. Through this programme we also seek to educate these young ladies on the possibilities of working in the industry, be it in administration, golf club management, greenkeeping, catering, teaching and coaching – the possibilities are endless.

There is much more that needs to be done though, and certainly a key area of focus will be keeping the sport relevant and growing it as a game that the entire family can play.

There are too many spectacular golf courses both in South Africa and across the world to pick a favourite, but I do enjoy links golf. I have many favourite moments, but on a personal level it’s probably my four holes-in-one.

My favourite female golfers are the legendary Annika Sorenstam and the current World No 1 Jin-Young Ko, as well as those South African professional women golfers who continue to blaze a trail for our amateurs aiming to follow in their footsteps. My top male golfers are Seve Ballesteros and Ernie Els.

What are your key objectives for the future of women’s golf in South Africa?

I am very fortunate to follow in the footsteps of a dedicated and hard-working group of past presidents – including recent presidents Cynthia Rayner, Karen Olivant and Sall – who raised the profile of Womens Golf South Africa over the last decade. It is an honour and privilege to continue the trajectory they set for women’s amateur golf. It is a big mandate and I am very aware of the challenges that lie ahead. I do not take the responsibility lightly, especially being elected into this position in the current economic climate.

With editing by Lerato Malekutu

Photo 1 Caption: President of Women’s Golf South Africa, Sarah Braude, is a finalist in the Woman of the Year category for the 2020 Momentum gsport Awards. Photo: Golf RSA