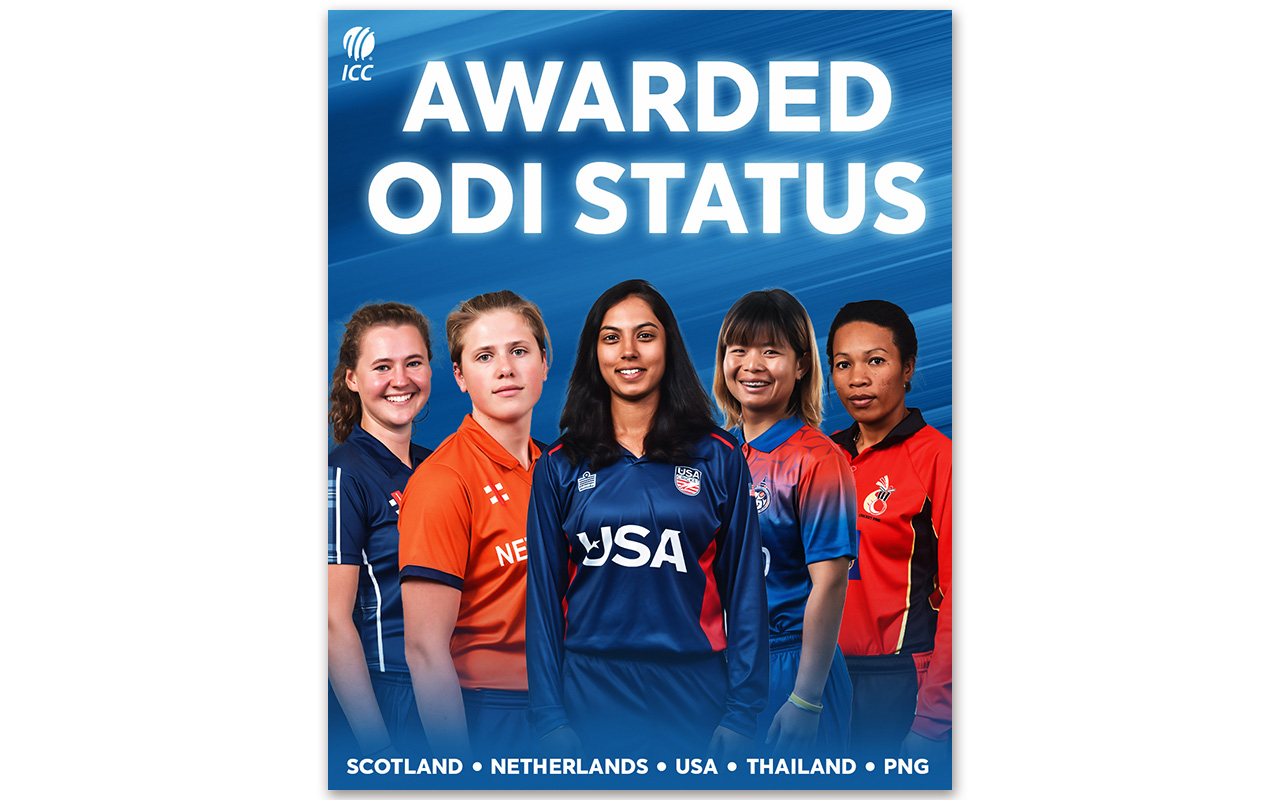 The ICC has with immediate effect awarded One Day International status to five Associate women’s teams, with the Netherlands, Papua New Guinea, Scotland, Thailand and the USA all having their status upgraded as part of the revamping of the ICC Cricket World Cup pathway.

This is welcome news as all five teams will see their performances in ODI games count towards qualification for the ICC Women’s Cricket World Cup 2025.

“Good luck to the Netherlands, PNG, Scotland, Thailand, and the USA on what I hope will be a great opportunity to develop in 50-over cricket in their countries.” He concluded

The news comes on the same day as the ICC announced the new edition of the ICC Women’s Championship, which will feature two new teams in Bangladesh and Ireland, taking the total nations competing up to ten.

Each team will play eight three-match series in the Championship over the next three years, with the top five teams and the hosts qualifying for the ICC Women’s Cricket World Cup, with the remaining teams going into the qualifying competition.

“The third edition of the Championship is going to be really exciting,” Australia captain Meg Lanning said.

The #MomentumProteas will start their ICC Women’s Championship campaign for the new cycle against Ireland, in Dublin from 3 June to 17 June, 2022. They head into the contest ranked second in the world in ODI cricket.

Photo 1 Caption: ICC has awarded ODI status with immediate effect to Associate women’s teams from Netherlands, Papua New Guinea, Scotland, Thailand and the USA, with performances counting towards qualification for the 2025 World Cup. Photo: The ICC