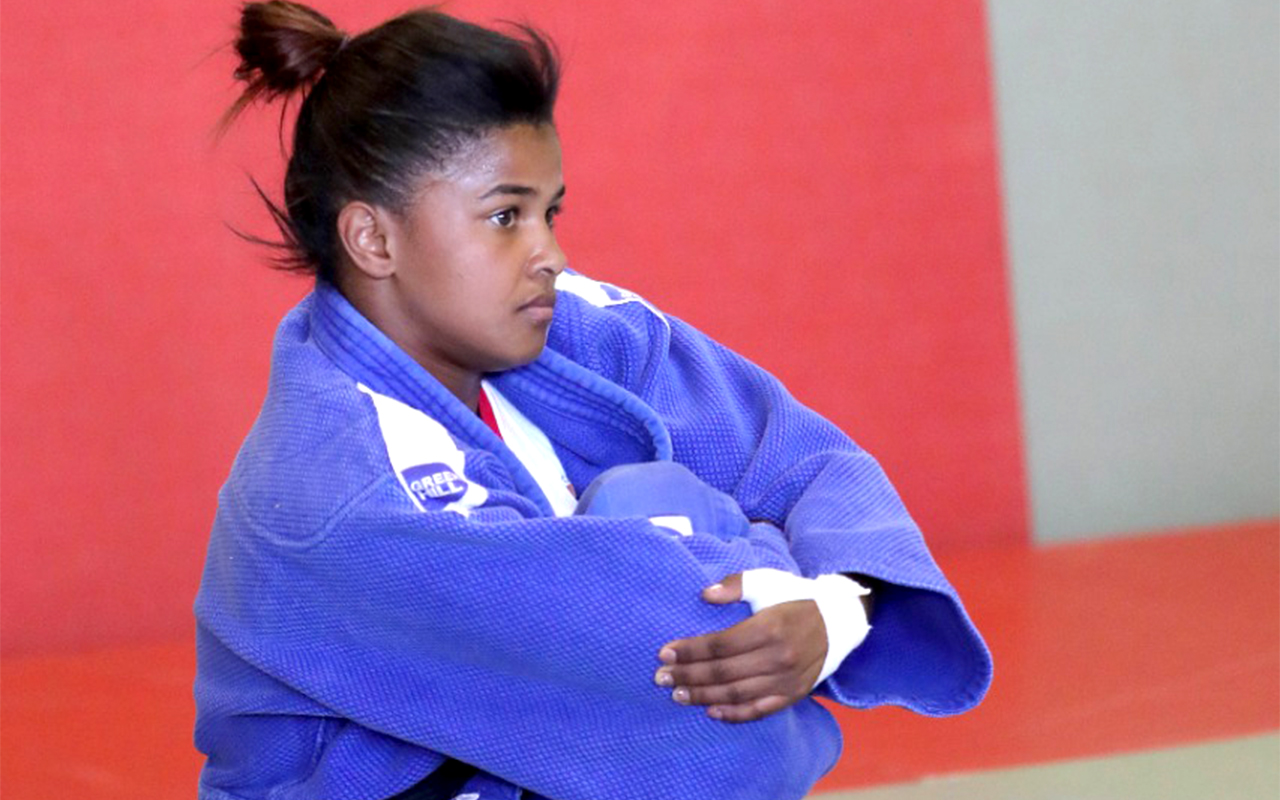 Perfect judo is not going to cut it. It is the conclusion Michaela Whitebooi came to, in her quest to qualify for the Tokyo Olympic Games.

The Tuks judoka seemingly could do no wrong towards the end of 2020. She won three tournaments in Africa on the trot, and what excited her was winning gold at the African Champs in Madagascar over December, bagging 700 valuable ranking points.

Currently in 34th position in the women’s under-48kg category, in theory, it means the Tuks judoka could be on track to compete at the Tokyo Games. Whitebooi is, however, not inclined to leave anything to chance.

“Ever since I took up judo, my goal was to represent South Africa at the Olympics. Winning the African title is a big boost, but I can’t afford to rest on my laurels. From now to June, the international rankings are continuously going to change.

“I need at least another 400 ranking points. The plan is to compete in at least four European tournaments.” – Tuks Sport Judoka, Michaela Whitebooi

“If I can get one good result or consistently perform well, I ought to qualify. But I will have to make a mindset change.

“Technically, I am considered one of the best. Unfortunately, it is not always an advantage when fighting. Often during a bout, I am too focussed on the execution of my technique.

“It needs to be perfect, as I aim to win with ‘beautiful’ throws. Another mistake is that I tend to doubt my abilities at crucial times…

“In contrast, most of my opponents don’t care how they win. Their approach is more aggressive. If the need arises, they don’t mind to brawl it out, to force you to make mistakes, getting penalised.

“A few points here and there are all it takes to win.”

“It is demoralising to be in the dying seconds of a fight still needing to score points.” – Whitebooi speaks on going all out to gain points in her fights.

The Tuks judoka plans to compete in March again. Since November last year, I have only been focussed on being my best when I compete.

“I have now taken a step back to relearn the small things that can make a huge difference at crucial moments. I also want to be adequately conditioned, for what will hopefully be the final stretch to the Games.”

If everything goes according to plan, Whitebooi will be competing in Uzbekistan, Turkey, and Georgia from March to June. She also hopes to attend one or two international training camps.

And, if that is not enough, Whitebooi has taken up another challenge – To learn French – After all, it is the ‘Lingua Franca’ of most of the friends she made touring the world!

But friendly chat aside, Whitebooi can boast having achieved something few other South African judokas have ever done – Winning gold at the African Senior Championships more than once, her previous win coming in 2019 in Cape Town, in addition to have starred as a former African junior champion.