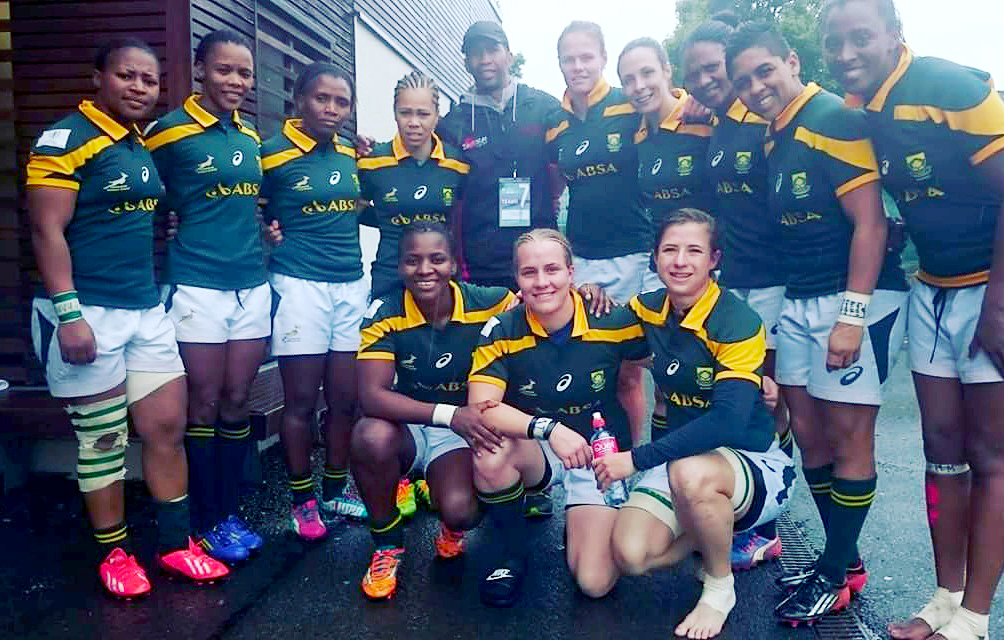 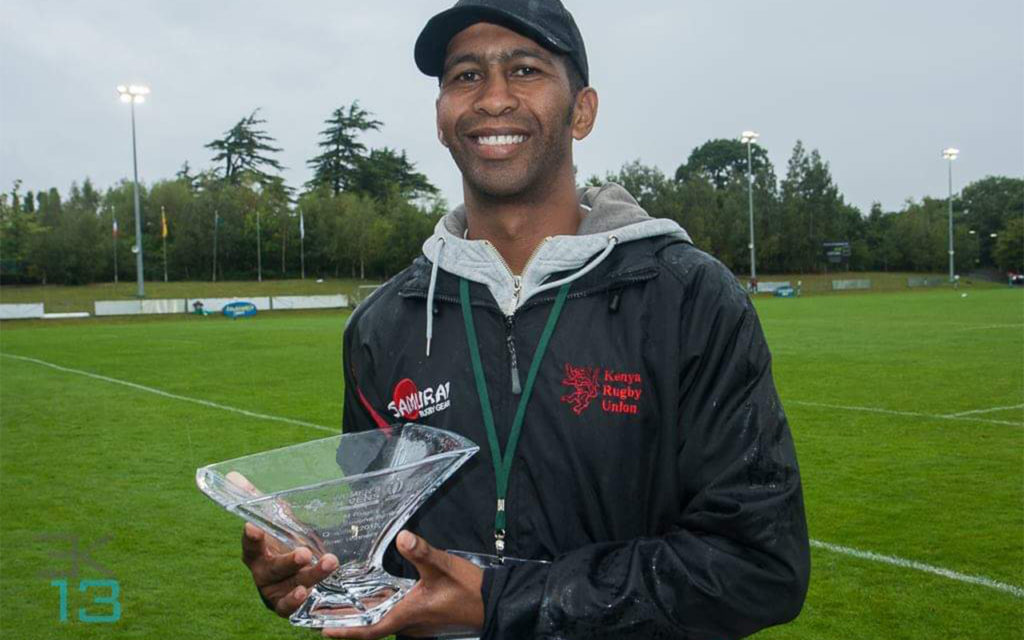 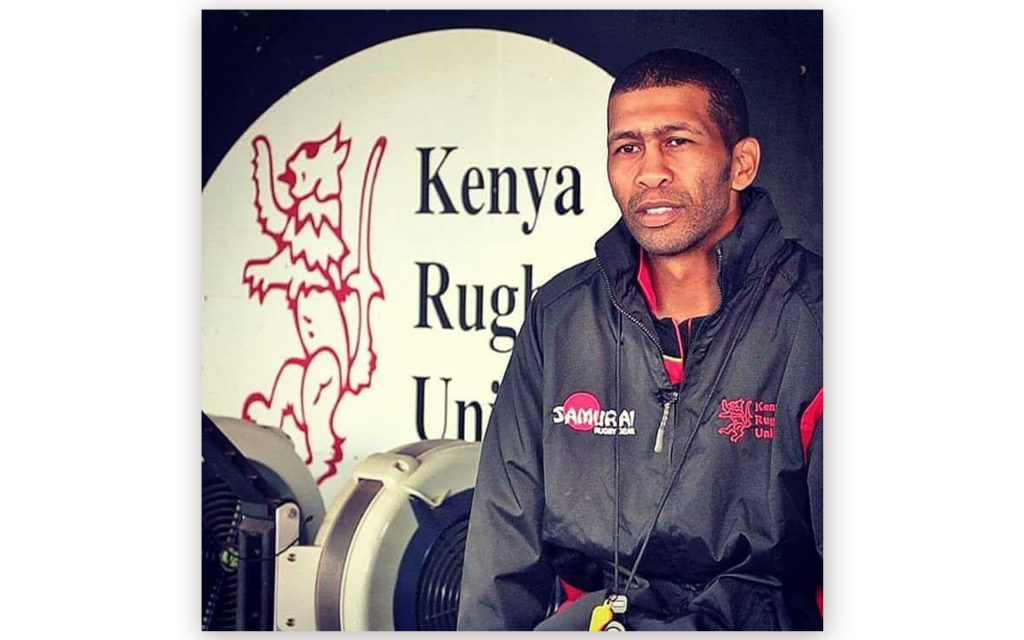 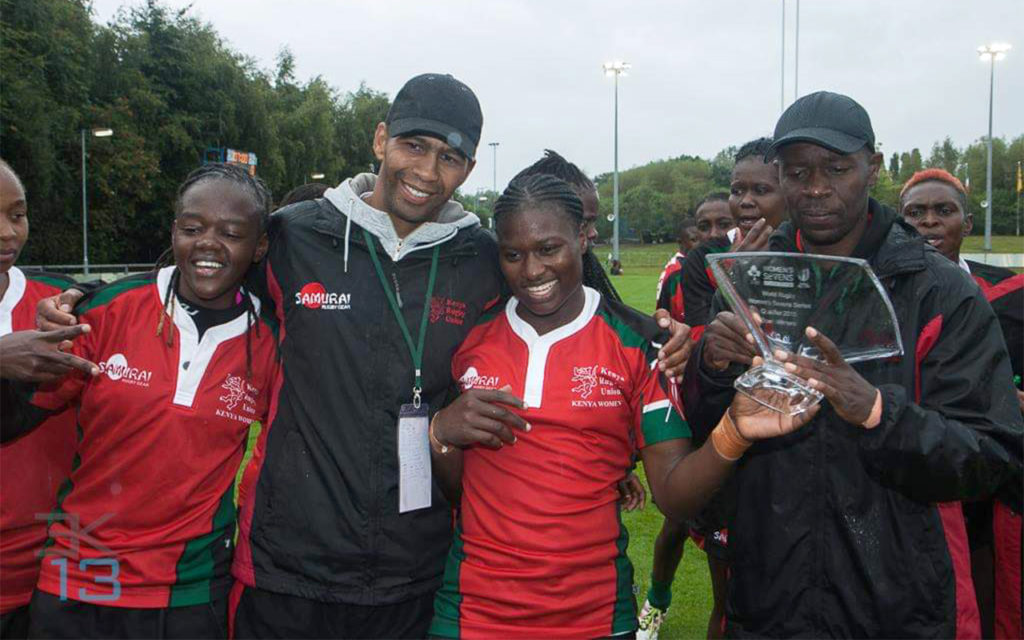 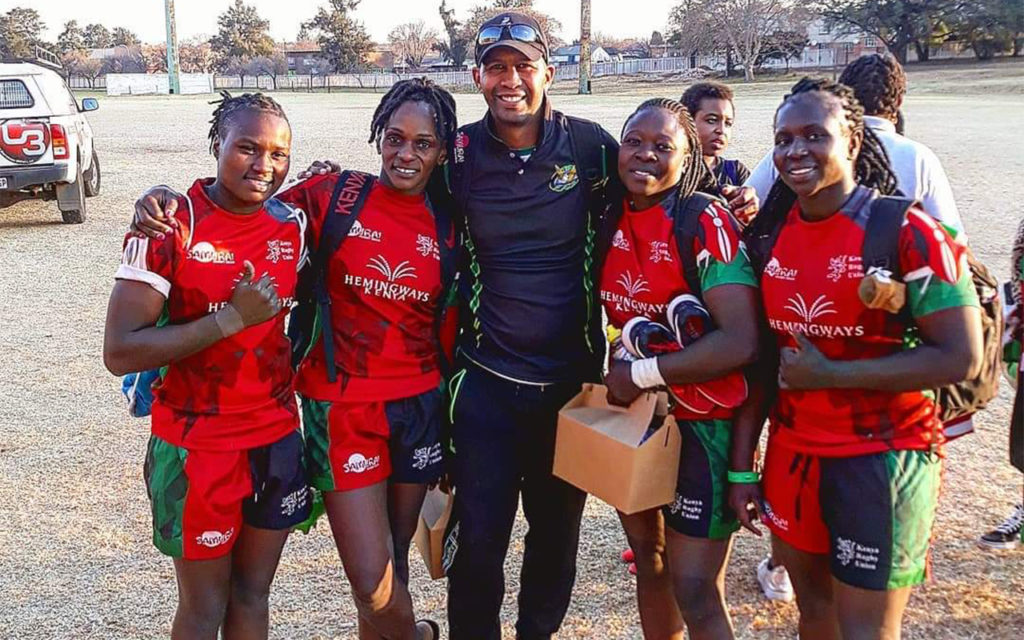 Accomplished SWD Women’s Rugby Head Coach, Aschin Klein, believes he has much more to offer rugby as he continues to make a valuable impact in the development of future national team players.

In 1999, Klein began his coaching career while actively playing for his high school team.

At the time, the government school had one coach leading five teams across various grades. Klein took took on the challenge to help out and has been hooked ever since.

To date, he has not only played a vital role in the growth of the sport in South Africa but led the Kenyan National Women’s 7s team to Olympic qualification.

As a champion of women’s sport, Klein is adamant on changing societies views on women in sport and believes there is a pool of talent that needs to be developed for the future.

Speaking with Celine Abrahams, Klein gives insight into his personal development plan to impact athletes and reveals coaches who inspire him.

Aschin, thank you for taking time out to chat to gsport. Please tell us about your journey in rugby and where it all began for you.

Thank you, Celine for the opportunity to share my journey with you and your followers.

My coaching journey started back in 1999 while still at school and still actively playing for the school’s first team. That journey led me to an international coaching opportunity in Kenya leading them to Olympic Qualification.

Why did you decide to get involved in coaching?

I attended a government public school where resources are extremely limited. Our school had five teams over the different age-grades and only one coach and as good as he was, giving enough time and effort to everyone were difficult, so on my off days from training I started helping out with some sessions. There was a need, and someone needed to help so why not me was my question at the time.

We have seen from your various social media platforms regarding your dedication to the game and you are often involved in workshops. What are some of the topics covered in these workshops?

Yes, I am very dedicated to the game and with the game evolving so much its important to stay up to date with latest trends and upskill yourself to offer your best to the players and organizations you are involved with.

“My personal development plan is particularly important to me because it will have direct impact on the athletes and their growth or lack thereof.” – SWD EaGirls Head Coach, Aschin Klein

These are some of the topics covered in these work shops outside your coaching specific workshops:

How has been part of these global workshops helped you to develop rugby at community level?

These workshops build capacity and you engage with people from different walks of life and different sports. You build connections and leads with people who are not scared to share their journey and what worked for them and what did not work. Adding this to the content of the discussion from the workshop itself empowered me to identify and deal better with challenges within the community environment.

“People saw me at times as an informed coach and trusted me easier with their kids’ future.” – Klein speaks on attending various workshops to upskill himself and share his knowledge to develop future rugby players in South Africa.

It helped me to reach more youngsters and the fact that through mostly social media “marketing of promotion” that I attended these workshops.

In 2005, you decided to focus on developing women’s rugby. What brought about this interest in the women’s side of the game?

My sister – a former soccer player – approached me and told me herself and a few friends wanted to try out rugby but could not find anyone to coach them. As said previously, the school only had one actual coach and then there was me helping out with the younger age-group teams. I saw it as a challenge and an opportunity to contribute to my immediate community in the same but different way.

How has women’s rugby evolved over the years?

The standard of women’s rugby has increased at an extremely fast pace over the last decade and a half since I started. Girls as young as 5 years old are trying out rugby these days where 15 years ago the average age were 20 and over. We started with girls between 16 and 18 and could not find teams within their age-grade to compete with and had to start off against boys and senior provincial sides and club teams.

When we started with women’s rugby in our area, information about the women’s game was very scarce.

“It’s only after our national women’s 7s team’s participation in the inaugural World 7s series and “success” that we started to hear more about the women’s game.” – Klein speaks on the rise of women’s rugby in South Africa over the years.

The skills-set of our players also improved a lot because of more playing opportunities from age-grade level upwards.

We as a country are also slowing moving towards a professional approach, with more players being contracted after our 7s team became the first contracted female players in SA in 2014, where players previously only played for the love of the game.

What still needs to be done to improve the state of women’s rugby in South Africa?

A lot has been done so far to have the women’s game where it is currently but not nearly enough has been done.

The success with the Titans Women’s Rugby Academy over the last 16 years and launching the TWRA Primary and High School Girls Rugby Development program in Knysna is easily one of my biggest highlights.

Which coaches inspire you?

My high school coach Basil Manuel is easily my biggest inspiration and the person I learned the most form when it comes to coaching.

“Paulina Lanco former Director of Women’s Rugby and current Rugby Afrique member also feature amongst those who inspires me a lot.” – Klein reveals key individuals who have inspired him throughout his coaching career.

Even though Lanco is not a coach, she is a remarkable leader and administrator of the women’s game.

The way these coaches think about the game, where they started to what they achieved or busy achieving sends out a message of hope and possibility.

What are some of the biggest lessons sport has taught you?

To be humble, respectful, and appreciative because just like a rugby ball life can suddenly hand you an unexpected bounce. To use what you have and make the best of it until you get more.

That lesson I learned in Kenya, when Mr. Nicholas Aballa the former Development Officer of KRU told me, “Coach Ash, here in Kenya we use what we have and we make the best with it.” After I threw out all my toys from the cot because I could not have a certain thing needed for prep towards Olympic Qualification, that statement actually became the reason for the success we had with the Kenya Lionesses in 2015 and beyond.

What advice would you share to young girls who aspire to make a career in rugby?

Be intentional, committed and dedicated. Be the hardest worker in the room and never give up even when the odds are all against you.

What are you still hoping to achieve in the sport?

My goals are to coach at international level again and would love to coach our National Women’s 7s team one day when Paul moves on or becomes a defence coach of our national women’s team in future. My sights are also set on coaching in the Curry Cup or Super Rugby. I also would love to become a coaching educator.