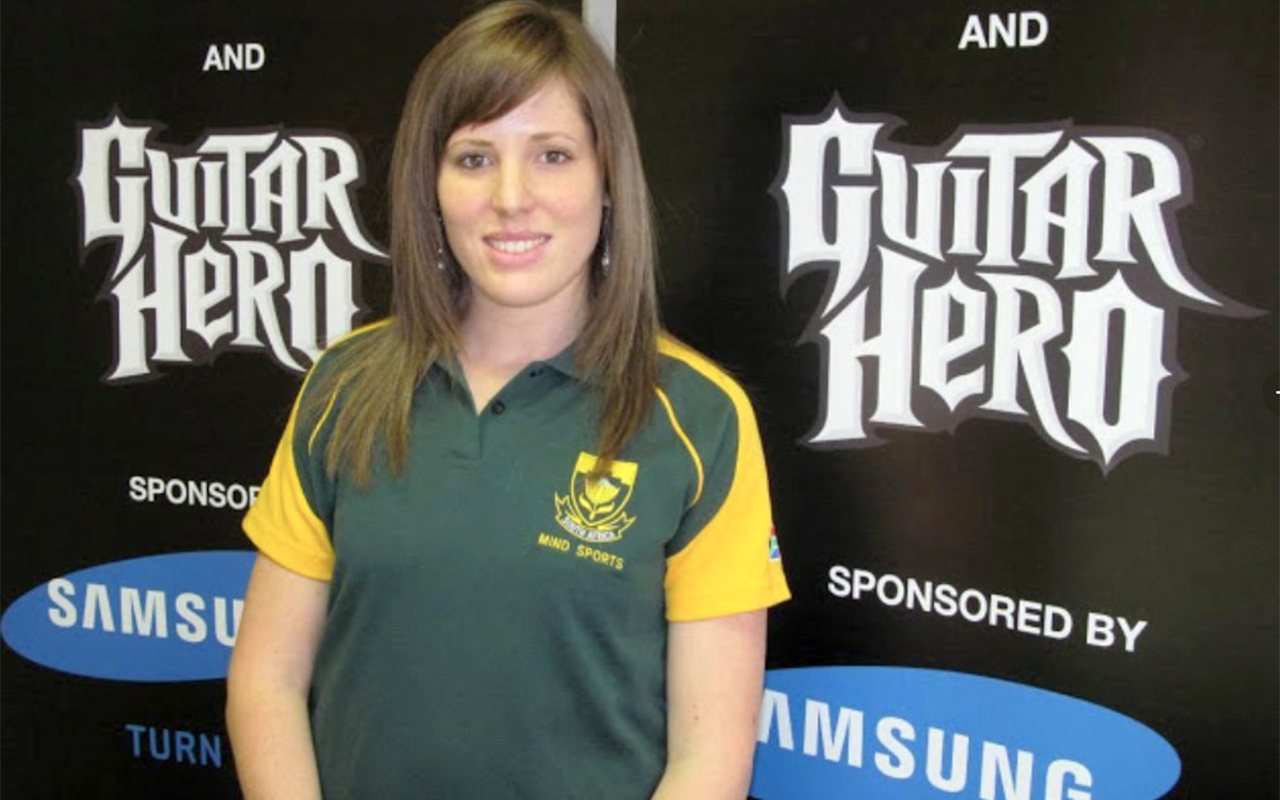 11 years ago, Mind Sports South Africa’s Michelle Marder smashed records, becoming the first female ever to be afforded the opportunity as Team Manager of a National eSports team.

Leading up to her grand title, Marder’s dedication to eSports ensured that the game of Guitar Hero was played at every single MSSA provincial and national LAN championship in 2010.

Such dedication ensured that sponsor Samsung received ample nationwide coverage, and enabled gamers from around the country to participate.

In gratitude to Marder’s sterling efforts, MSSA appointed her Manager for Team South Africa at the 2010 World Cyber Games that was held in Los Angeles, USA from 29 September to 3 October 2010.

There is no doubt that, under Marder’s continued care, the South African team will continue to perform well as eSports grows in leaps and bounds to ensure gender equality in the sport.

Photo 1 Caption: Mind Sports South Africa’s Michelle Marder is the first female to rise to the position of being a National Team Manager for an eSports team. Photo: MSSA