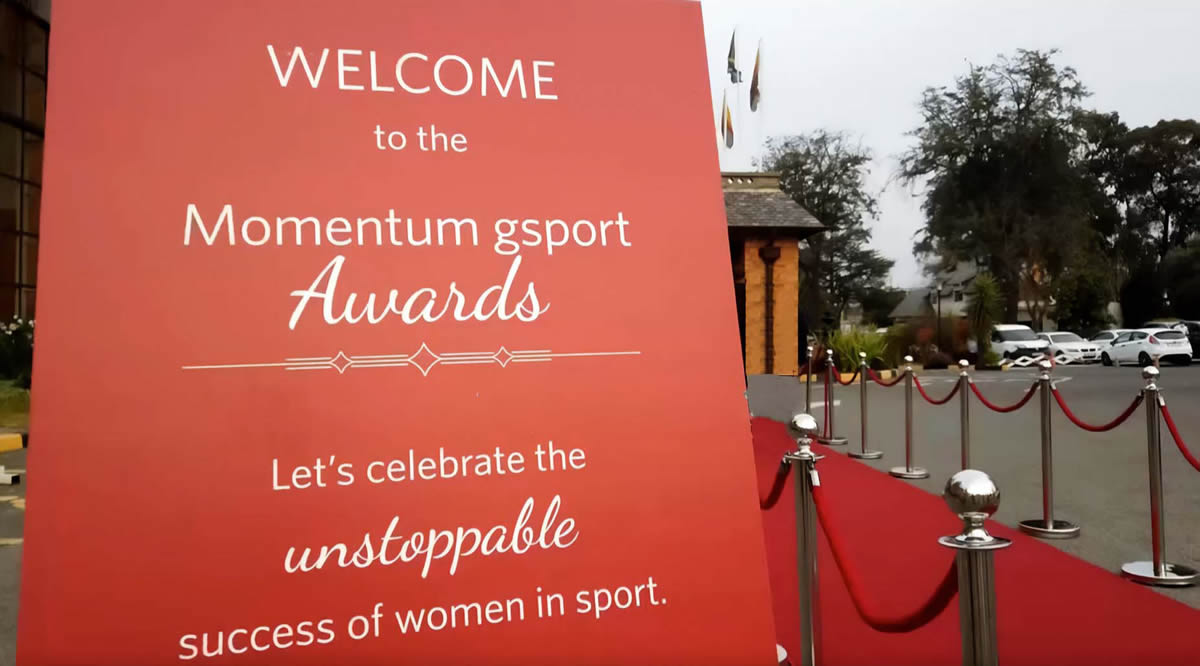 There’s no better way to end off Women’s Month and Momentum’s #SheOwnsHerSuccess campaign than to celebrate the strides women have made in sport at the 2021 Momentum gsport Awards.

It has been a challenging year for the sporting industry with some of the live sporting events being cancelled due to the Covid pandemic. And while normal life is still a while away, it is important to acknowledge the successes and strides made by women in sport in spite of the unprecedented times.

gsport and Momentum is celebrating the 16th edition, and the third year for Momentum as the main sponsor of this awards ceremony which seeks to recognise South Africa’s leading women in sport and to support women in sport on their journey to success.

South Africans can tune in to watch the broadcast of what is the continent’s only national women’s sports awards on Tuesday 31 August at 20:00 on SuperSport Variety 4 – Channel 209 and SS Play on DStv.

gsport Founder Kass Naidoo says that the event will recognise over 20 individuals for their achievements over the past year. “We are excited to be hosting this year’s event, especially after such a difficult year. This prestigious event is fitting for the talented women we will be honouring, who continuously attain excellence and break barriers that keep them from achieving their full potential. We are grateful that our partnership with Momentum enables us to do this for women’s sport,” she said.

Head of Momentum Brand, Charlotte Nsubuga-Mukasa says: “We are committed to enable women’s success in sport. It’s an honour to be associated with the gsport awards which have been won by some of the world’s greatest athletes such as Rio Olympic gold medallist, Caster Semenya, World Surfski champion Hayley Nixon, and Banyana star, Thembi Kgatlana, among others.”

The Awards will close off Women’s Month, during which Momentum has been encouraging women to own their success and to overcome the barriers that hold them back from realising their potential. To keep up with the latest on the Momentum gsport Awards, follow the #gsport16 and #SheOwnsHerSuccess hashtags on social media.

The Finalists of the 2021 Momentum gsport Awards: