Past gsport Winners on Being Honoured 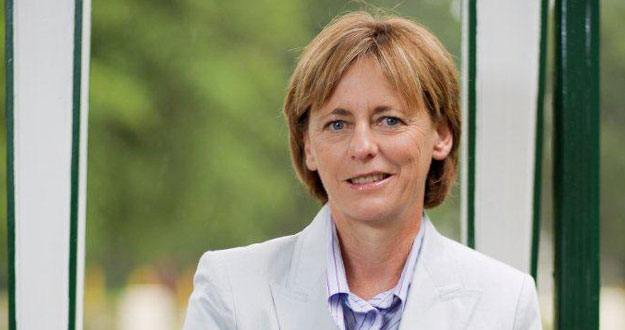 Flanagan, who is tournament director of the National Under-19 Girls Cricket Week, has been developing cricket among boys and girls for over 30 years, and is especially passionate about promoting women’s cricket.

“Winning the Woman of the Year Award was indeed a great honour for me. Never in my wildest dreams did I imagine that I would be considered for an award like this, and when I saw who I was competing against, and arriving at the awards met up with past winners, it was incredibly humbling,” Flanagan says.

Flanagan says winning made her more determined to continue the work she was doing.

“We can compete with men in all aspects as players and administrators. Women also need to start getting passionate about the sports they are involved in and when they can’t play anymore give back where they can, don’t just disappear into the sunset with all the expertise you can offer to the sport,” she says.

2011 gsport Woman of the Year, Dr. Sherylle Calder was honoured for her ground-breaking work in Visual Performance and Skills Sport science. “I am thankful to be honoured with this award. It is taking a giant step in acknowledging the Science I pioneered,” Dr. Calder, who is also a 2012 SPAR gsport Awards judge, says.

Dr. Calder has had a busy time since taking home the trophy last year. “I flew to Canada to work with an International Aerial Ski team in January. I did a couple of golf tournaments after that, including the Volvo Championship at Fancourt and a couple of PGA tournaments in the USA,” she says.

She also opened a new office in Stellenbosch, won the British Open with Ernie Els, worked with the Brumbies, SA Netball and the Dutch women’s Hockey that won Gold at the London Olympics amongst many other projects.

Both Flanagan and Dr. Calder have very similar hopes for the future of women in sport in South Africa. “There is such a stigma attached to women in sport and this needs to be broken before we can be taken seriously and accepted,” Flanagan says.

“We need to get more recognition of woman in the media – gsport is busy changing this by acknowledging woman for the role they play in sports,” Dr. Calder adds.

gsport4girls founder Kass Naidoo says: “The gsport Woman of the Year award goes to a woman who has pushed the boundaries, and has tasted success. These are role models, who have the ability to celebrate their womanhood while succeeding in her chosen field.”

The first gsport Woman of the Year was Lesley Copeman, who won the award in 2007. She was honoured for her efforts in promoting women’s golf. Copeman is former top golfer, South Africa’s top woman golf coach and one of the co-founders of the Women’s World Cup of Golf. She is also a former President of the WPGA.

2009 winner Mbali Zantsi, is South Africa’s first ever woman boxing promoter. She has helped raise the profile of women’s boxing in the country. She gained her promoter’s licence in 2003 and in 2007 she realized her dream of hosting South Africa’s first-ever all-female boxing tournament.

The winner will be announced at the 2012 SPAR gsport Awards taking place on Tuesday, 20 November 2012 at the prestigious Wanderers Club in Johannesburg.