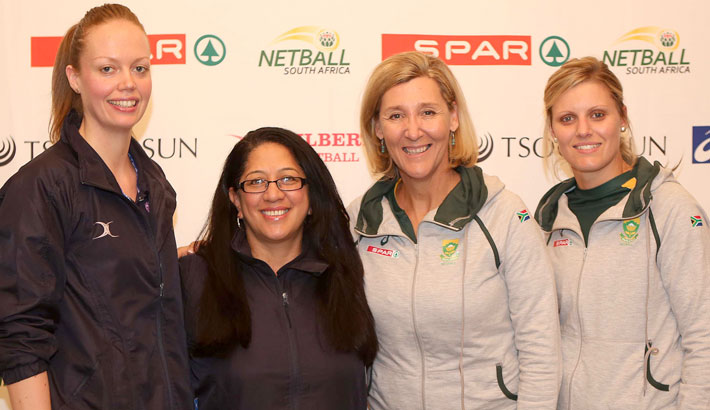 South Africa’s capacity to respond adequately to Scotland’s style of play will be the major challenge facing the SPAR Proteas in the three-Test netball series which starts on Thursday at the Bellville Velodrome.

The national netball coach Elize Kotze said South Africa, the world No. 6 side, have huge respect for the 12th-world ranked Scottish Thistles, after they defeated three higher world-ranked sides in the past few months.

Wales (8), Trinidad & Tobago (10) and Northern Ireland (11) have all perished at the vastly-improved Scottish outfit.

Last year, Scotland appointed former New Zealand netball star Gail Parata as the head coach for the Thistles, and since then the side has gone from strength to strength. Kotze said when she researched the Thistle the influence of the former Silver Ferns stalwart was apparent.

“This Scotland team has improved with every Test and one has started to see the hand of their New Zealand coach, especially when they’re up against higher world-ranked sides,” said Kotze.

“The biggest challenge facing us in this series is to adapt to whatever Scotland throws at us.”

The SPAR Proteas squad has called up three newcomers for the three-Test series, but they are likely to enjoy limited game time, with a concerted emphasis on winning the three matches.

“In the three Tests we’ll start out with the players that have already proved themselves, because we want to focus on the detail of the game,” said Kotze.

“We know what we’re up against in Scotland, and we’ve had to adapt our style of defence for this phase of our preparation for the Commonwealth Games in just over weeks’ time. I’d like to try new combinations at some stage, and our new caps have shown to be absolutely natural athletes.”

Parata said after the Thistles’ giant-killing acts in recent times, victory over South Africa would an experience that her squad – a mixture of youth and experience, would relish.

“We have had great preparation coming into this series, and a victory over the Proteas would be the icing on the cake. We managed some great performances this year, and South Africa offers just the kind of opposition that will help us in our quest in perfecting our game. We’ve got a good mixture of youth and experience,” said Parata.

The Scots defence has been brilliant at times this season, and Parata said she enjoyed great input from the experienced players in the ranks.

“It’s not just all about my New Zealand input. I have taken what Scotland already has and tried to bring it altogether. After 14 years as a player, I love developing players and we now have this amazing chance in South Africa to grow our game,” said Parata.