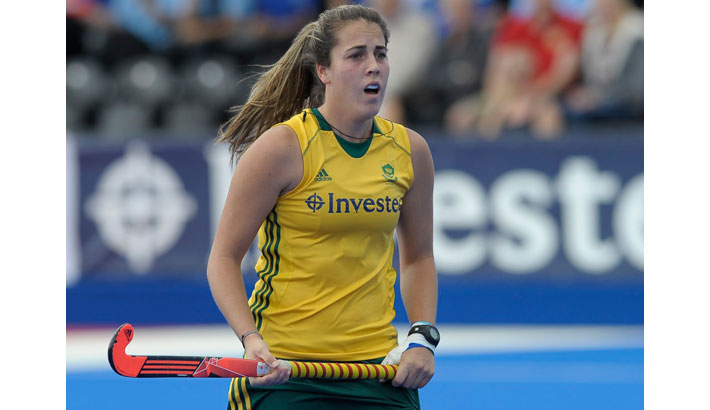 The top-tier A Section event involving eight teams kicks off on Tuesday, while the 10-team B Section, the “second division”, begins Sunday at Greenfields Turf in Princess Margaret Drive.

A vital cog in South Africa’s back three and at penalty corners, as well as a stopper with an eye for the defence-splitting pass, Deetlefs earned her 200th Test appearance at the Commonwealth Games in Glasgow, and captains a Southerns team that has 11 players who have represented the green and gold.

Deetlefs has celebrated SA captain Marsha Cox as her deputy, and can also call on other massively experienced, multi-capped SA team-mates, should the need arise.

To add to their strengths, Southerns have in head coach Garreth Ewing a man with great experience nationally and internationally, while 2004 Athens Olympian Tsoanelo Pholo is deputy.

Ewing, head hockey coach at the University of Johannesburg, said Deetlefs, who plays for Pirates club in Johannesburg when she can fit it in around her SA schedule, brings huge value.

“Lisa is going to be a great captain because she sets such a high standard.”

Ewing, who coached professionally in the USA for a number of years, guided Southerns to a nail-biting 2-1 victory over arch-rivals Western Province in the IPT gold medal match in Port Elizabeth last year. He is enjoying working with the Class of 2014.

“It’s a great group to work with. They have high expectations of their coach and set a good performance standard for themselves. Plus, they are passionate about Southerns hockey.”

In Pool A alongside Southerns are fellow semi-final contenders North West as well as outsiders Eastern Province and Witwatersrand (Wits).

The B Section sides looking to stake their claim for A Section inclusion next year are likely winners Free State, who head Pool A, followed in the pool by Mpumalanga, KZN Mynahs, serious contenders Western Province Peninsula and East Gauteng, while Pool B features host province KZN Inland, EP Settlers, SA Country Districts A and SA Country Districts B, as well as Zimbabwe.