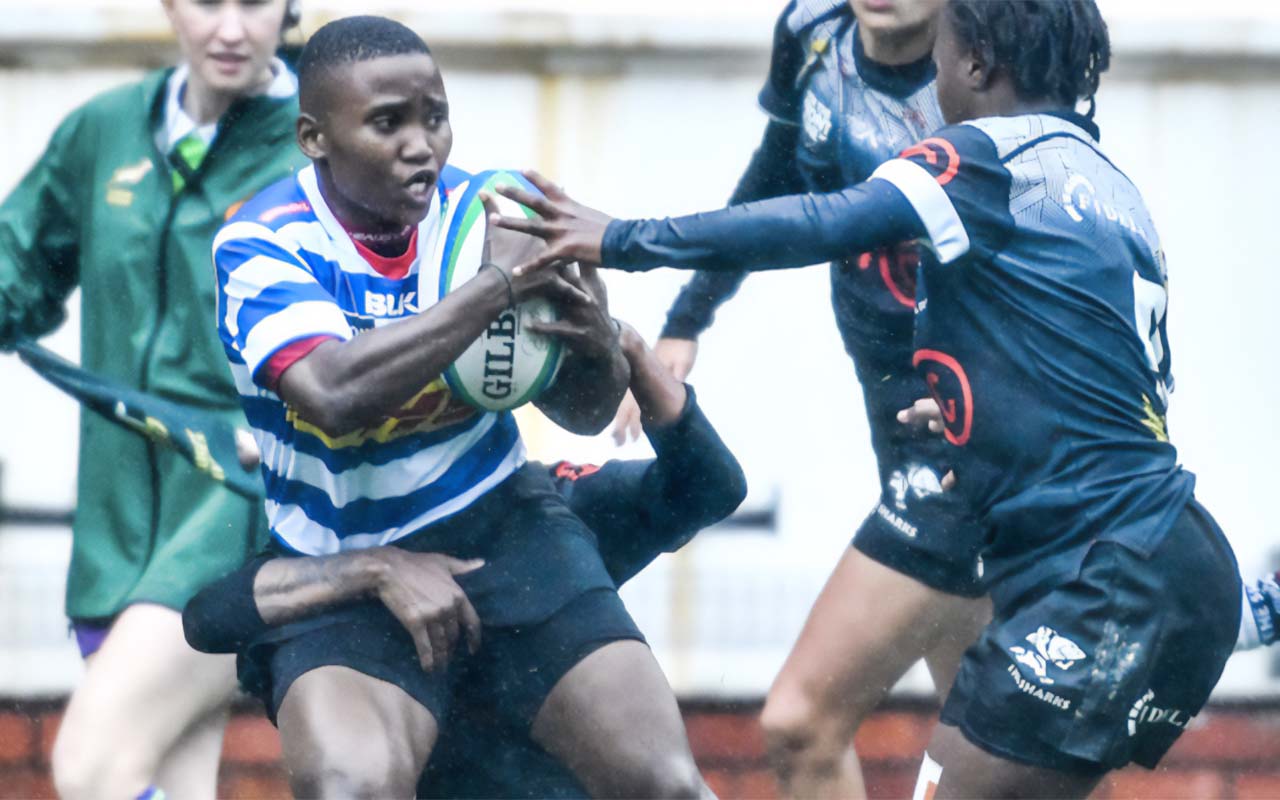 The 2019 Women’s Premier Division finalists, Western Province and Border Ladies, proved once again why they deserve to battle it out for the title this season after further victories in the penultimate pool round of the competition.

Western Province delivered a strong second-half performance against Cell C Sharks Women at a soaking wet Newlands in Cape Town for a 29-5 victory, while Border Ladies scored a try at the death against Boland Dames in Wellington for a nail-biting 24-22 victory.

In the Women’s First Division, Valke outclassed Limpopo Blue Bulls with an impressive 61-12 victory in Brakpan to move into second place on the standings in Group 2 behind Mastercard Golden Lions Women, while Griquas held their nerve for a 27-22 win in a tightly-fought Group 1 encounter against Griffons in Kimberley.

A second half break-away steered Western Province to their ninth consecutive Women’s Premier Division victory of the season against Cell C Sharks Women, with the team earning a 29-5 victory at a soaking wet Newlands on Saturday, 3 July 2021.

The KwaZulu-Natalians got off the mark quickly with a try by Springbok Women’s loose forward Sizo Solontsi in the fourth minute, and that proved to be the only points in the half as a combination of handling errors and solid defence kept both teams at bay.

The Capetonians – who will be hoping to defend their title in the final two weeks – created try-scoring opportunities in the first half, but crucial errors close to the tryline denied them from capitalising on them.

The hosts, however, found their rhythm in the second half and improved their finishing, which allowed them to score four unanswered tries, while Bok Women’s utility back Zintle Mpupha kept the scoreboard ticking with her fine form all around.

Mpupha scored a try and kicked three conversions and a penalty goal to contribute 14 points in the match. She put her team on the scoreboard with a try in the 49th minute and then added the extra two as well as a penalty goal shortly after to push them into a 10-5 lead.

This bolstered their confidence and they did particularly well to make use of the space out wide, and the rewards followed with Simamkele Namba (wing) touching down twice in the 60th and 79th minutes and Donelle Snyders (fullback) in the 74th minute.

The Cape Town team backed this up with a solid defensive effort, which denied the Cell C Sharks Women from adding to their score, and this saw the home side seal the convincing 29-5 victory.

With time up on the clock, Border were awarded a scrum just outside the Boland 22 and after five minutes of keeping the ball alive, Dumke finally raced away for their fourth and match-winning try.

It was heart-breaking for Boland, seemed to be firmly in control after two brilliant tries from clever tactical kicks – by Theresa Ruiters and Amber Meiring – coupled with rock-solid defence saw them lead by 22-12 with less than 10 minutes on the clock.

But Border dug deep, first with a 76th minute converted try by Yandisa Nobanda, before Dumke scored the match winner.

The first half was a proper arm-wrestle on the wet field, with Border taking a 12-10 lead into the break courtesy of two tries, by Asisipho Plaatjies and Nqatyiswa Lufutha, in the final 15 minutes of the half.

The opening exchanges belonged to the home team as their powerful pack had the visitors on the back foot and after a number of Border transgressions on their own try-line, it wasn’t surprising to see Boland given a penalty try for a superb scrum.

The ever-reliant Demi Nel added a penalty goal a few minutes later as the Dames took a 10-0 lead, before Border took their opportunities to score, which they repeated late in the match for the win.

Valke were in sublime form against Limpopo Blue Bulls in Brakpan as they registered their second big victory in a row, with the team running in 11 tries for a memorable 61-12 victory.

Centre Mosa Mphahlele was in top form scoring a hat-trick, while Awethu Stonga (flanker) and Bodmas Sithole (wing) each earned a brace in the match in which seven different players crossed the tryline.

Griquas Hold Their Nerve to Shut out Griffons

Griquas held their nerve in a nail-biting encounter against their neighbours, the Griffons, at Tafel Lager Park for a narrow 27-22 victory, with their five tries to four by the opposition sealing the win.

It was a tight affair from the outset with the teams entering the break tied at 12-12, but the home side fought through for a valuable home win.

Click on the image below to read the Eigth Round Results: