2014 SPAR gsport Awards The Best Ever

The 2014 SPAR gsport Awards ceremony was held at the Wanderers Club on Monday November 24. As always, there was a buzz of excitement as more than 200 people gathered to celebrate the cream of women in sport in South Africa.

“I love this event,” said one of the guests. “It’s a chance to dress up and look smart, and I also get to see people I haven’t seen for ages – it’s almost like an annual reunion.”

And once the awards had all been presented, the general consensus was that this year was the best ever.

Can't believe its 9 years ! #SPARgsportAwards glamorous start to the day and lots of laughs with @Anele ! pic.twitter.com/kPMYTHXzZ9

The ceremony started on a sombre note, following the death in a car crash of popular radio and television sports personality and regular gsport Awards volunteer, Linda Dlamini.

Although her loss could have cast a pall over proceedings, the irrepressible MC, Anele Mdoda, soon had the audience eating out of her hand, giggling at her ‘photo-bombing’ and her demands for more chocolate from sponsor SPAR.

But more than the fun, the laughter and the glamour, the general feeling was that the gsport awards have come of age. The number of nominations this year was far greater than in any previous year, and voting in the categories open to public participation was also far higher than before.

An awards highlight was soon on offer as the gsport Special recognition Award winner was unveiled as Banyana Banyana legend in her own time, Portia Modise, the only African footballer – male or female, to score 100 goals in national colours.

Modise, humbled by a standing ovation and overcome with tears as she accepted the honour, said: “I couldn’t even sleep, thinking about it. But when the moment comes, and it doesn’t come often, you have to embrace it – and that’s what I’m doing.

Asked about her intentions for the future, Modise said: “I just want to continue scoring goals for Banyana Banyana. Probably, by the time I retire, I’ll have two hundred goals. 200 goals, three hundred caps,” the former national skipper laughed. “That is my goal for next year, to keep on scoring goals, and to keep on doing well!”

Pretty bloody amazing talk with @castersemenyaSA at the #SPARgsportAwards 'I'm a soldier. The gender question wasn't a problem.'

The ceremony moved along with gsport editor and founder Kass Naidoo conducting a fascinating question and answer session with former 800m world champion Caster Semenya, who opened up and talked frankly about her career and the issue of her gender, which overshadowed her wonderful victory in the world championships in Berlin in 2009.

Semenya recently moved from the High Performance Centre at Pretoria University to the Sports Centre in Potchefstroom, and said she had plenty of running left in her.

The confidence Caster speaks in. Love it. A woman who is running her own race. Done! #SPARgsportAwards

Tinky Pringle, a true pioneer in sports broadcasting, was inducted into the gsport Hall of Fame. Tinky started her career on Radio South Africa (now SAfm), where she presented a two-minute sports bulletin every afternoon. She later moved to SABC television, and then became the first woman presenter on Supersport.

Her message to young aspiring sports presenters was simple. “Know your subject and do your research.

“You have to be credible, because male viewers are very unforgiving,” said Pringle. “You have to know what you’re talking about. Sports presentation is not a fashion show – the important thing is the sport.”

Olympic bronze medallist, Bridgitte Hartley and Protea netballer Zanele Mdodana were among the finalists for the Style Star of the Year with model and businesswoman Shashi naidoo, but for the first time it was an athlete in the tall and elegant Mdodana who captured the title. Dressed in a simple full-length grey shift over black leggings, Mdodana said she was thrilled to have been named the Style Star.

“Sportswomen are not usually associated with being stylish. We’re usually seen in our sports clothes, hair scraped back and no make-up. But just because you’re a top athlete doesn’t mean you can’t look good when you’re not playing.

“I love to dress up and look good. I also love to put on the green and gold and play for the Proteas,” said Mdodana.

She praised gsport for the role it had played in raising the profile of sportswomen and of women’s sports. “It is always an uphill battle, but we all know that gsport is out there, rooting for us.”

Daily Sun reporter Busisiwe Mokwena beat off strong competition from SABC sports presenter Romy Titus and Phalaphala FM sports commentator Thinandavha Ramanstwana in the Women in media award. The three had risen to the top from more than 20 nominees for the prestigious award.

“I’m so thrilled to have won this award,” said bubbly “Busi” Mokwena. “This recognition means I am going in the right direction. It also means I will have to work even harder in future, to prove that I really deserve this award.”

Mokwena said it was essential for some journalists to focus on the women in sport, who are often neglected by the mainstream media.

FINALLY Women in Print Media are recognised……#SPARgsportAwards Thank you @BusisiweMokwena Yesssssss! Victory for U is victory 4us all!

“I often have to fight for space to report on what’s happening with our sportswomen, but winning this award should make it easier for me.

Following success at the Commonwealth Games in Glasgow earlier this year, Bowls South Africa was named Federation of the Year. The South African bowls team came home with five gold medals, three of them won by the women.

President Alan Freeman said Bowls SA were thrilled to have been named Federation of the Year. “Our success at the Commonwealth Games has meant that more people are taking an interest in bowls, and we are expanding all the time.

“People are also realising that bowls is not a sport for the elderly – it is a sport that can be played at any age, and we are attracting more and more young people. Many of our top women players are in their twenties, and our star, Tracy-Lee Botha, was only 24 when she became the most successful South African woman at the Games.”

The young woman described as the next Irene van Dyk, 19-year-old Lenize Potgieter of Tuks, Gauteng North and the Proteas, was named Up and Coming Star. Potgieter’s goalshooting for the Gauteng North Jaguars at the Brutal Fruit Challenge so impressed the national selectors that she was fast-tracked into the national team, and represented South Africa at the Commonwealth Games.

The award for Athletes with Disability went to hand-cyclist Justine Asher, who was up against Paralympic athlete Zanele Situ and multiple medal winning swimmer, Bongekile Sebaka.

Asher has been a quadriplegic since breaking her neck in a car crash, but only took up handcycling a couple of years ago. She has rapidly moved up to being one of the world’s top competitors in the women’s H2 class.

I'm honoured to have won Sportswomen of the year with disability #SPARgsportAwards Thanks to @gsport4girls for showcasing woman in sport.

“It was a very proud moment for me, winning the gsport award,” said Asher.

“I think awards like this raise the profile of disabled sport. Not many people know about paracycling, and I hope that by winning this award, I may have inspired some other disabled athletes to take it up.

“Never, in my 25 years of being a quadriplegic, have I experienced such challenge, freedom and reward as I have in handcycling.”

She said the gsport awards raised disabled sport to the same level as able-bodied sport. “I salute gsport, because there is no discrimination against us.”

Congrats to fellow cyclist @JustineAsher winning Athlete of the year with Disability #SPARgsportAwards! It was a great honour meeting you!

As always, excitement surrounded the announcement of the Athlete of the Year. The nominees were canoeist Bridgitte Hartley, who won a bronze medal at the World Sprint Championships, national netball captain Maryke Holtzhausen and Commonwealth Games bronze medallist Ashleigh Moolman-Pasio. It was Moolman-Pasio who was called up to receive the trophy, and she was clearly thrilled at the recognition.

“I couldn’t believe the amount of media and the hype that surrounded the awards ceremony, and I’m delighted with the exposure and recognition I have received from winning gsport Athlete of the Year,” she said.

“Although women’s cycling is a big sport in many European countries, it is not yet very well recognised in South Africa due to a lack of exposure of our races, and in particular the big international races like World Cups and the Giro d’Italia for Women.

“This is great for women’s cycling in South Africa, and I hope that the exposure we received can initiate greater interest in our sport from the general public in South Africa.”

Moolman-Pasio, a qualified chemical engineer, said that although results and performances on the bike were important to her, cycling was her passion.

Real treat to have @Anele as MC @gsport4girls awards this morning! Great entertainment and never a dull moment! #SPARgsportAwards

“The influence I can have on other people’s lives through sharing my experiences, is what motivates me to perform to my best ability day in and day out.

“Winning the SPAR gsport Athlete of the Year is particularly important to me, as I feel it is a great platform for me to share my stories, and I hope to inspire many girls and women to find their passion in life and to pursue it.”

With the formal part of the morning over, the guests were able to mingle while tucking into some delicious food, including sushi, mini-hamburgers and elegant snacks, before taking their leave with a packet containing Estee Lauder’s Amber Mystique.

It's the 9th #SPARgsportAwards ceremony, @KassNaidoo acknowledges the main sponsor Spar for all their work in making these awards possible.” 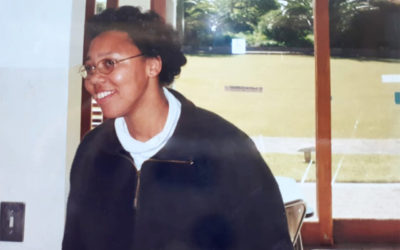