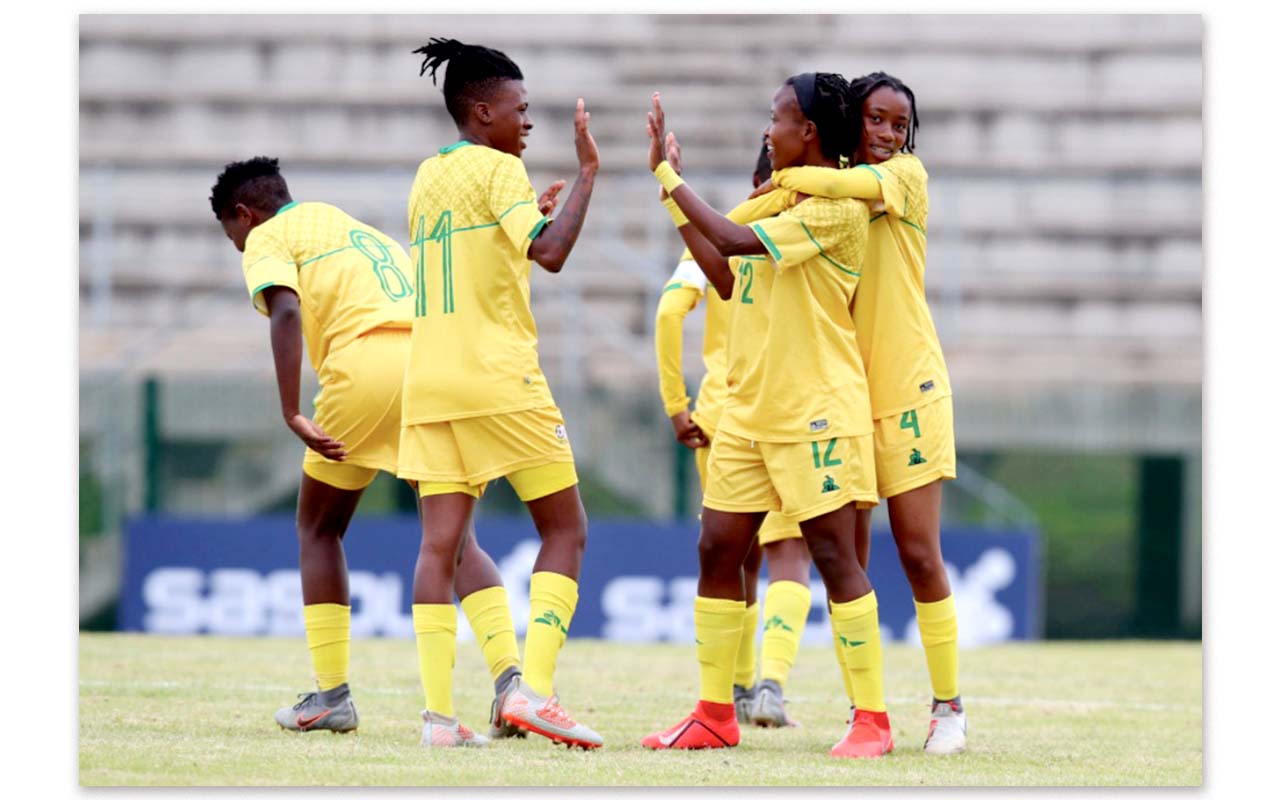 Banyana Banyana Drawn in Group A of COSAFA Women’s Champs

Defending champions Banyana Banyana have been drawn in a tough Group A against Malawi, Angola and Mozambique, in the upcoming COSAFA Women’s Championship that will take place in Nelson Mandela Bay in the Eastern Cape from 15-26 November 2021.

The tournament is a precursor to the 2022 African Women’s Cup of Nations (AWCON) qualifiers that kick off in October. There are also three guest teams from East Africa in the tournament.

Banyana Banyana have won the last four championships which were all staged in Gqeberha and with only the top team guaranteed a place in the semi-finals, this promises to be an exciting group.

This year’s tournament comes just a month before the start of the 2022 AWCON qualifiers and the COSAFA Women’s Champs provides the teams with the opportunity to get ready for the qualifiers. And it’s also expected to be a highly competitive tournament too.

Group B has last year’s runners-up Botswana, 2011 champions Zimbabwe and East African guests Tanzania and South Sudan. Seeded in Group C is Zambia, who are fresh from the Tokyo Olympics where they were led in an admirable way by Barbra Banda; there’s also Eswatini, Namibia and late entry, also from East Africa, Uganda. The guest nations bring something different to the tournament ahead of the AWCON qualifiers.

During these difficult times of Covid-19, coastal cities like Gqeberha have also been hard hit when it comes to tourism. The city is fresh from hosting the COSAFA Cup in July and this would have boosted the area during that period.

The group winners plus the second-best placed team will advance to the semi-finals. The competition will be played under strict COVID-19 protocols, which include a bio-secure bubble for all teams and officials involved.

Photo 1 Caption: Defending champions Banyana Banyana have been drawn in a tough Group A against Malawi, Angola and Mozambique, in the upcoming COSAFA Women’s Championship that will take place in Gqeberha in the Eastern Cape from 15-26 November 2021. Photo: CAF Women (Twitter)