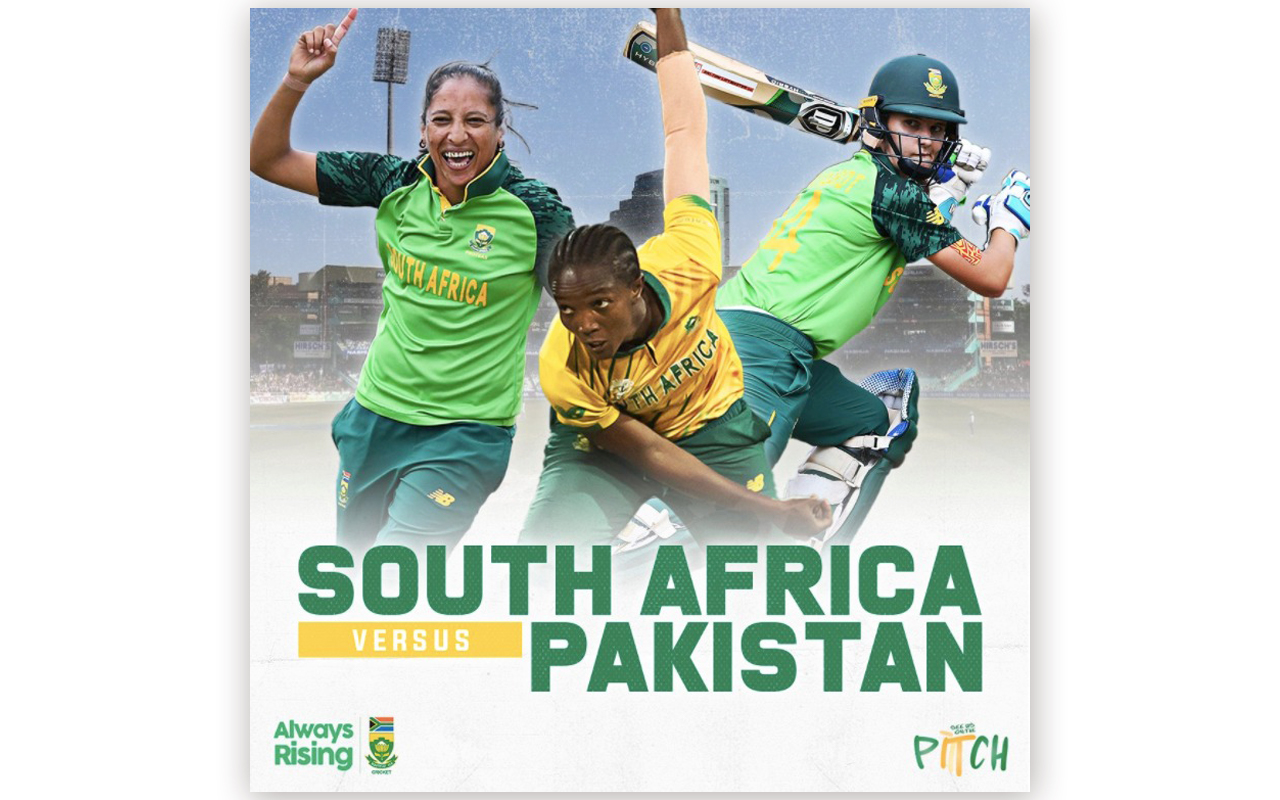 Momentum Proteas captain, Suné Luus, says the team is fit and raring to go in the three-match T20I series against Pakistan, starting this afternoon at Kingsmead in Durban.

Speaking to the media ahead of the start of the series, Luus said: “Our plan is always to get wins on the board and to continue to play our attacking brand of cricket. The girls are fit and raring to go in the T20s.”

South Africa will once again miss the experienced Dané van Niekerk and Chloe Tryon although it presents an opportunity for the youngsters to stand up.

The series will be live on SuperSport and represents the first time the Momentum Proteas T20I unit is in action since they came close to beating Australia in the 2020 ICC T20 World Cup semi-finals last March.

SA Expect Pakistan to Hit Back

Luus is expecting Pakistan to hit back after the ODI series whitewash.

“Pakistan are going to come at us hard, and we are going to need to take the opportunities that come our way. We definitely need to do better on our fielding,” she said.

Pakistan have played eight T20Is in South Africa to date and faced South Africa in six of them. The tourists have won two – all in the last tour in 2019 – and lost four.

In the recently concluded three-match ODI series, the 34-year-old scored back-to-back half-centuries in the first two matches and finished as the third best batter with 124 runs.

Aliya Riaz topped the batting charts as she scored 136 runs – which included her career-best 81 in the second ODI. The all-rounder enjoys a healthy 71.50 batting average against South Africa in T20Is – the third best for the batters, who have scored more than 100 runs in the format against them.

Javeria Khan Injury Rules Her Out

Riaz will lead the side in place of regular Pakistan captain Javeria Khan, who has been ruled out of the match due to injury.

Khan had her finger dislocated during a training session yesterday. She was taken to a local hospital for X-rays, which confirmed that she had not sustained a fracture.

She was examined by the team doctor earlier in the day after which the decision to rest her in the first match of the three-T20I series was taken.

The PCB medical panel will continue to monitor Javeria’s progress in the lead-up to the second T20I, which will be played on 31 January.

Prior to being ruled out, Khan was upbeat when speaking to the media on the eve of the series, saying her side is well equipped to challenge the hosts in their conditions. “It is a new series and presents us an opportunity to bounce back on the tour,” she told PCB Digital.

“We have some exciting cricketers in our ranks who can leave a mark and they are eager to make the most of this series.

“All-rounders Nida Dar and Aliya Riaz have been in good form and their ability to hit the ball hard and contribute with the ball in the crucial middle overs provide good balance to the side. Diana Baig, who is on her first tour of South Africa, turned out to be the most successful bowler in the ODI series, which is a good sign for us and the presence of Aiman Anwar provides depth to our pace bowling department.

“We have impressive spinners in Anam Amin, Nashra Sandhu and Sadia Iqbal and I have no doubts that these players will raise their hands when the situation demands from them.”

In the recently concluded ODI series, Pakistan lost to the hosts by the margins of three runs, 13 runs and 32 runs and Javeria is hopeful that her side will learn from the mistakes.

“We played good cricket in chunks but squandered opportunities to grab the game. We needed our batters to provide us solid starts, which was not the case, and we unfortunately also let go of crucial chances while fielding.

“Batting in South Africa can be difficult. That our batters have been exposed to these conditions and have played three matches at the venue where we will be playing the T20I series, I am hopeful they will respond to the demands of the matches in T20I series accordingly.”