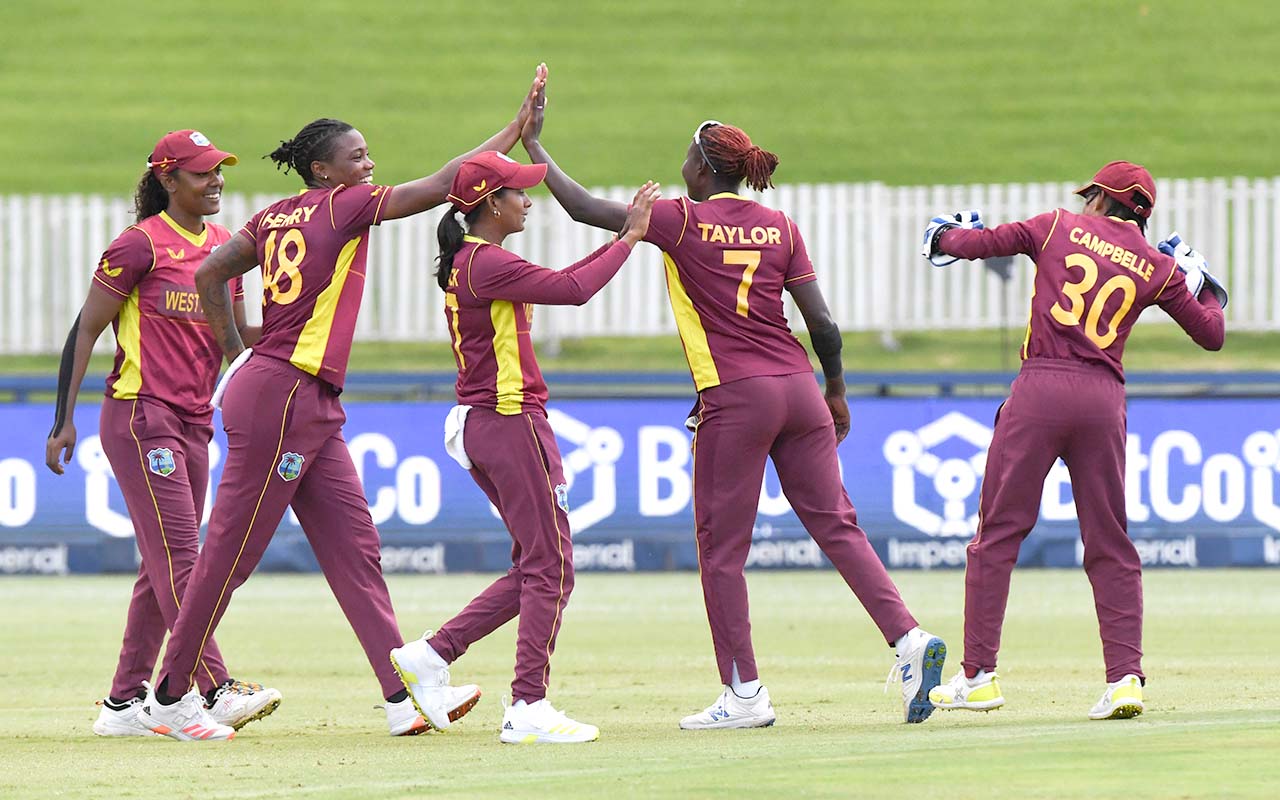 An incredible second One-Day International saw the West Indies take a 1-0 series lead over a spirited Momentum Proteas eleven, winning in a Super Over eliminator after the sides were tied, each bowling the other out for 160 runs in a rainy match at the Imperial Wanderers Stadium in Johannesburg on Monday.

After West Indies captain Stefanie Taylor won the toss and chose to bowl first with the series’ second ODI reduced to 41 overs per side after early morning showers, the South Africans struggled to set a below-par 160 all-out in 40.4 overs.

First impressions were good with openers Tazmin Brits and Laura Wolvaardt setting the tone with a steady 50-run partnership in the middle after 15 overs, but just as the partnership looked to gain momentum, Wolvaardt’s efforts to accelerate the scoring saw her caught by Shakera Selman for 25 off 49 balls, in the 17th over.

Two more quick wickets followed before Suné Luus came to the crease, leading from the front with 46 runs off 52 balls, setting the innings’ high score at the fastest strike rate.

Once Shamilia Connell took the South Africa’s stand-in captain’s wicket caught Taylor, the rest of the SA innings collapsed, losing the final five wickets for the addition of just 40 runs, in less than 10 overs.

The tourists’ bowling unit was lethal, and the bowlers all came away with 2 wickets a piece, Chinelle Henry the pick among them with two wickets for 32 runs in 8 overs.

In the absence of the indomitable Marizanne Kapp, the South African bowlers got off to an inspired start as Masabata Klaas got an early wicket to see off Rashada Williams (1).

Ayabonga Khaka went on to get three wickets in a row, which included big-hitter, Deandra Dottin (37 in 31 balls), a decisive moment which emboldened a bruised home team, and tempered the eagerness of the undaunting visitors.

Skipper Luus then took up the reins, leading the way by dismissing Taylor (21) and Shemaine Campbelle (13) in the same over.

But cool hands Chinelle Henry and Chedean Nation buckled down, producing a 50-run partnership to steer the Caribbean’s ship to a place with a win insight, just 28 runs off 66 left to win.

South Africa had more to say, and Khaka was back to brilliance, ending the partnership as she stumped Henry and went on to immediately dismiss her replacement, Shamilia Connell.

After 36.3 overs, Klaas got her second wicket of the day, taking Nation out for 35.

Pace-bowler, Shabnim Ismail who had not struck a wicket, made a crucial dismal taking Shakera Selman out for an LBW and tying the match.

But it was a bridge too far when match-winner Dottin, with Hayley Matthews at the non-strikers’ end, set a record 26 runs in eliminator overs in both men’s or women’s ODIs.

Chloé Tryon and Tazmin Brits were sent out for the chase, and valiantly fell short by just 9 runs, the visiting team taking a 1-0 lead in the four-match series.