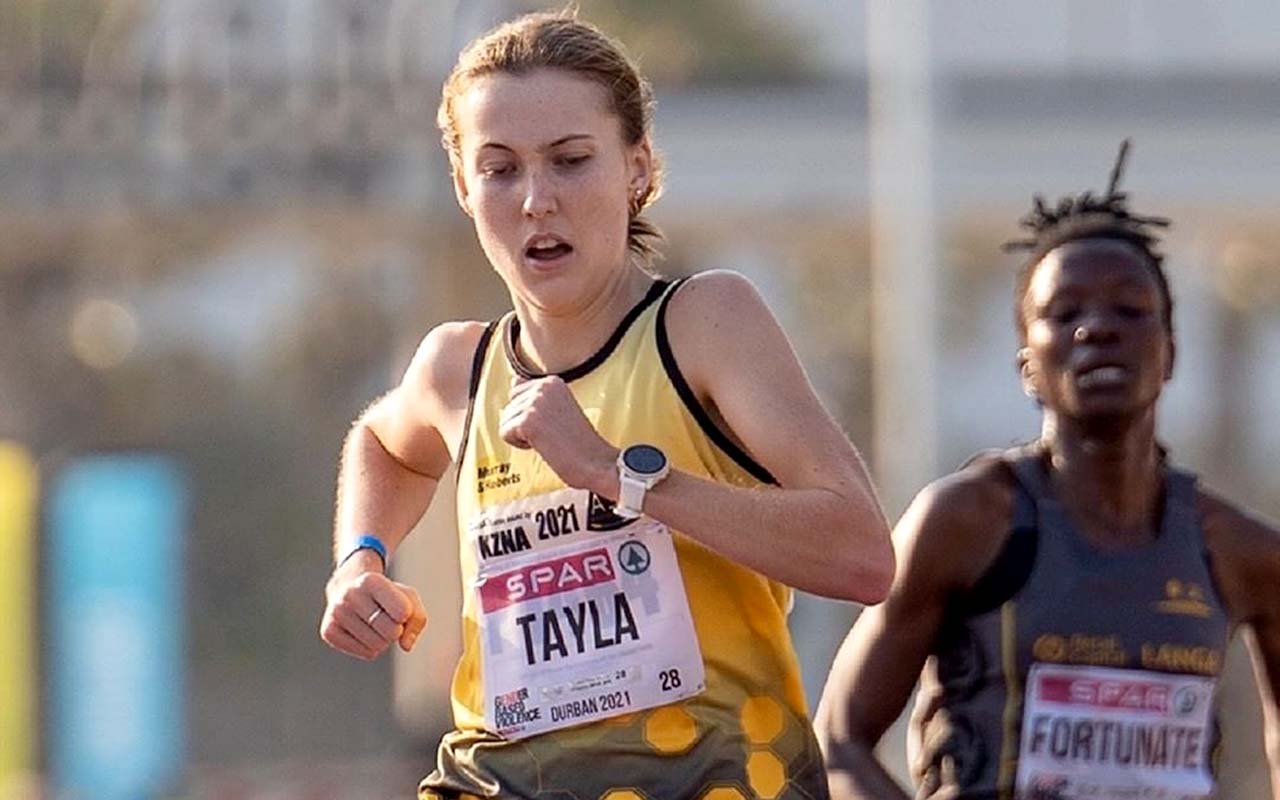 Kavanagh made a big breakthrough with her win, claiming the National Title in only her first year as a Senior Athlete. In the build-up to the Absa Durban 10km, all the talk was of a tactical race, but the athletes had other ideas.

With Covid 19 regulations in place, the women’s elite field of 75 athletes got underway first at 6am just outside the Kings Park Swimming Pool on the two-lap, 5km course.

Kavanagh was immediately in the front of the bunch driving the pace. The 20-year-old was running only her fourth race of the season, and was the favourite after her 32:51 run in Gqeberha on 9 October, and she duly lived up to that name.

She led the early charge and took all the favourites with her, including Glenrose Xaba, the defending champion, current SA Cross Country Champion, Kesa Molotsane, stalwart and Olympian, Irvette van Zyl, and Lesotho’s Neheng Khatala.

But by 6km, the relentless drive of Kavanagh had dropped all but Molotsane and Khatala, before Molotsane too succumbed to Kavanagh’s relentless onslaught.

With less than 1km to go, even the experienced, Khatala was unable to keep up with the young legs of Kavanagh who came flying home in a massive personal best time of 32:10.

Kavanagh’s relentless pace saw three athletes dragged under 33 minutes, Khatala finishing second in 32:18 and Molotsane in third with a time of 32:51.

Fourth across the line was Glenrose Xaba with a time of 33:32. Molotsane and Xaba were the silver and bronze medallists respectively in the National Championships, as second place Khatala hails from Lesotho, and is thus not eligible for National Titles in South Africa.

What the Win Means

“It was a great race for me,” said Kavanagh after her win. “Winning the National Title at the Absa Durban 10K CITYRUN, is a big honour for me.”

Kavanagh was not in the least fazed by her favourite mantle.

“I just ran my own race. I was under strict instructions from my coach and the plan worked out perfectly.” – New SA 10km Champ, Tayla Kavanagh

“It’s been a very beautiful day of coastal running,” said James Moloi the President of Athletics South Africa. “We have new champions and a bright future of this beautiful 10k which forms part of the Absa Run Your City Series.

“One sees road running as a celebration of an athlete’s training. In many instances when you are running, it doesn’t matter whether you come in first, in the middle of the field, or last, because there is a lot more satisfaction in saying I have finished. Races are won or lost at key moments. Winning is about struggle and effort and optimism, and never, ever giving up, which is what we witnessed today.

“Success in athletics is about enduring suffering. It’s about being willing to try your best and not giving up when you have a bad day, because in competition you win some and you lose some.

“Congratulations to the winners Precious Mashele and Tayla Kavanagh. We also congratulate their coaches, provinces and support staff for the day’s success. We also take the opportunity to thank the host province KwaZulu-Natal Athletics, sponsors Absa and the rest of the organisers for a successful outcome.”