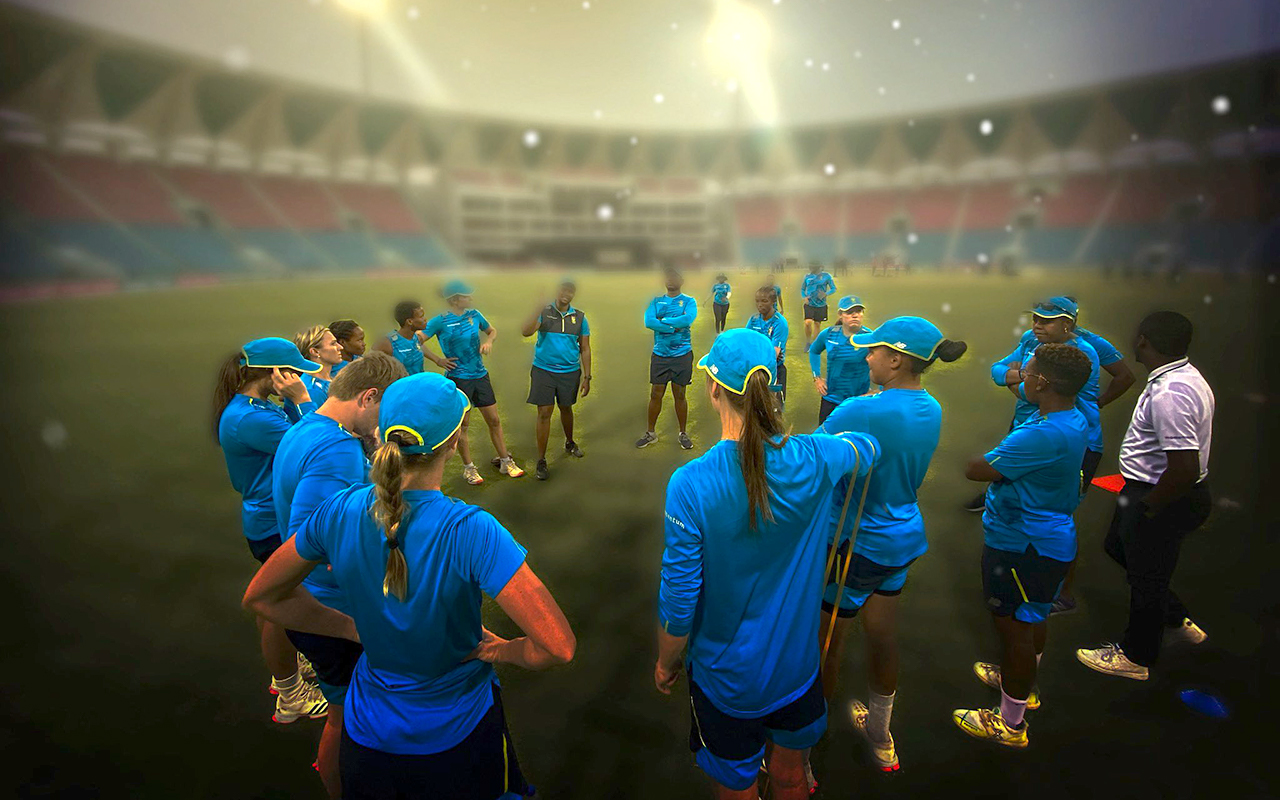 The T20 International series has been won and history has been made yet there is so much more to play for when South Africa and India square up for the final time on what has been a game changing tour for the Momentum Proteas.

The third T20I takes place in Lucknow on Tuesday, with South Africa in an unassailable position, leading 2-0 and looking to close out the tour in style.

Captain Suné Luus gave a hint at the post match presentation after the team’s second series win on Sunday, when she said: “We have a chance to make it 3-0, and that would be bigger than the series win.”

South Africa are currently 5th on the ICC T20 Women’s Team Rankings on 251 points behind New Zealand in fourth position on 265 ranking points. A series whitewash could significantly narrow that gap.

“There are a lot of positives. Our confidence levels are where we want them. The girls believe in themselves and are playing fearless cricket.” – Momentum Proteas stand-in skipper, Suné Luus

On Sunday, attacking half centuries by the team’s golden-girls Lizelle Lee and Laura Wolvaardt helped the Momentum Proteas secure their first-ever Twenty20 Series victory over India, with a thrilling last-ball win in the second T20I at the Ekana Cricket Stadium in Lucknow.

Opener Lee recorded a swashbuckling 70 off 45 balls (11 fours, 1 six) to lead a big chase of 159, with Wolvaardt, who bats in the middle-order in 20-over cricket, then finishing the job with an unbeaten 53 off 39 balls (7 fours)  – the tourists edging to a six-wicket triumph from the final ball of the innings.

Earlier, it was Shafali Verma (47), Harleen Deol (31) and Richa Ghosh (44*) who helped the hosts amass a strong 158 for four, after the South Africans won the toss and opted to field first.

But another fine batting effort by the visitors clinched a result that ensured South Africa beat the Indians for the first time in a T20I series in what was their third attempt.

It also meant Hilton Moreeng’s charges had followed up their 4-1 ODI success on the tour earlier this week by moving into an unassailable 2-0 lead with one match to play on Tuesday.

Match two was undoubtedly one of the tightest yet, though, after a good showing with the bat by India.

After losing captain Smriti Mandhana (7) early to Shabnim Ismail (1/31), Verma and Deol put their side in a powerful position with their 79-run second wicket stand.

Both did eventually fall in quick succession to Nonkululeko Mlaba (1/27) and Anneke Bosch (1/26), but Ghosh’s flying 26-ball knock left the home side well-poised at halfway.

Bosch (2), heroine of the first game, then fell early in the chase. But Lee and captain Luus (20) added 58  for the second wicket, with the former following that up by putting on exactly 50 for the next wicket alongside Wolvaardt.

That took South Africa to 116 for three when Lee fell. Mignon du Preez (10) ensured the momentum continued for South Africa as she and Wolvaardt brought the equation down to 19 off 10 balls when she fell.

It was then all about Wolvaardt. She struck Deol for successive boundaries from the last two balls of the 19th over to leave nine from the final over.

After a good start to the over by Arundhati Reddy when only three came from the first four balls, she delivered a crucial no ball that turned the tie back in South Africa’s favour and Wolvaardt swooped to finish the job.

Photo Caption: History-makers Momentum Proteas have added a first-ever T20I series win agains India, in India, to the ODI series win that preceded it. The South Africans are keen to close of the tour with a white-wash win in the tour’s final encounter on Tuesday. Photo: Koketso Gaofetoge