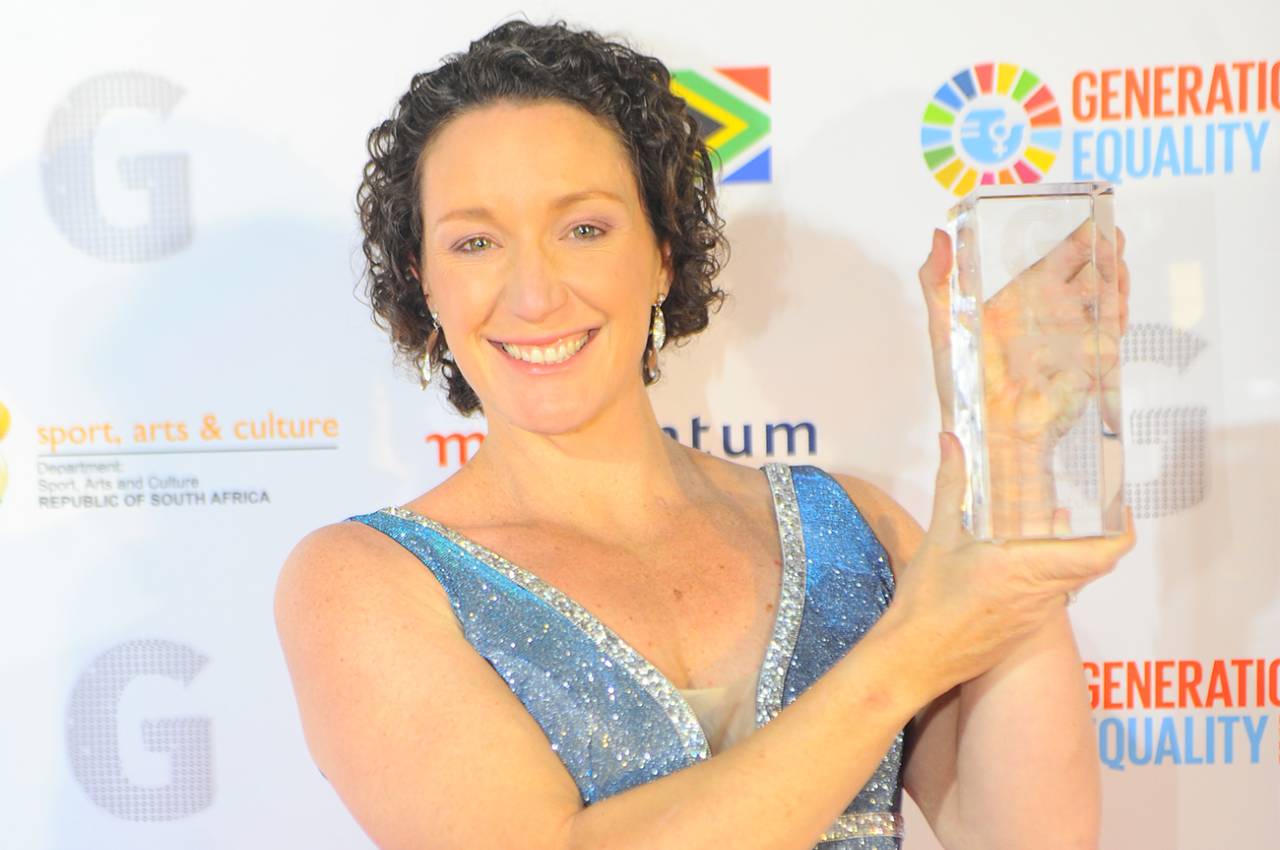 In celebration of Women’s Day, we honour former Momentum Athlete of the Year winners, who are continuing to build on their successes both on and off the field and playing their part in putting the country on the map.

The 10 recipients who have graced the gsport stage includes double Olympic gold medallist, Caster Semenya, who is the most celebrated winner in Momentum Athlete of the Year category.

South African women’s sport is rich in talent and the women who make up this prestigious list pave the way for the next generation.

In December 2020, she won the first edition of the UCI Cycling eSports World Championships, organized on the online cycling platform, Zwift. Amongst many wins that she recorded this year. She also won the queen stage at the Giro Donne.

The most celebrated winner in Momentum Athlete of the Year category, Caster Semenya, continues to lead both on and off the track. In recent times, she has used her medalling winning experience to plough back for the next generation as she mentors Boxer-backed star athlete, Glenrose Xaba. She also teamed up with beauty brand, LUX, for the #IStandWithCaster campaign to fight against discrimination in sport.

2015 was a standout year for Wöstmann as she became the first South African woman in 14 years to win the prestigious Comrades Marathon and went on to bag the Athlete of the Year accolade on the gsport stage.

Wöstmann is only the second South African woman, after Frith van der Merwe (1989) to win both the Two Oceans Marathon and Comrades Marathon in the same year.

Reigning Momentum Athlete of the Year, Nixon is a World Surfski Champion and since 2013, she has been racing for South Africa – flat water canoeing and marathon surfski racing.

South Africa’s World Boxing Federation women’s super- welterweight world champion, Tenge, turned professional back in June 2007 and has gone on to make a name for herself in the sport. She has put her hometown, Mdantsane, on the map.

This year, Tenge was set up to challenge world champion, Emma Kozin on the international stage.

World hockey icon, Coetzee, dominated the sport representing the country at the 2000, 2004 and 2012 Olympic Games. As striker for the national team, she made her debut against Spain in 1995, during the Atlanta Challenge Cup in Atlanta, Georgia.

She became the all-time leading goal scorer in women’s international hockey on 21 June 2011 with the third of four goals she scored in a 5–5 draw against the United States in the Champions Challenge in Dublin. It took her to 221 goals.

The now retired player is using her knowledge and experience to blood the next generation.

“Bashin” as Modise is affectionately known in football circles, made a valuable impact on the sports field for the South African women’s national team. She became the first African player to score 100 international goals.

In 2006, she was named Player of the Championship for the Women’s African Football Championship tournament, she was voted in the top three for the 2006 CAF Women’s Footballer of the Year award and was selected to play for the All-Stars squad in the match preceding the official draw for the 2007 FIFA Women’s World Cup.

In recent times, Modise is an advocate for women’s football in the country and co-hosts #FeminineFirstTouch on Massiv Metro radio station.

Passionate about surfing after starting her career at the age of 10, Chudleigh, went on to win the Athlete of the Year title in 2008.

At the time, she dominated headlines globally, competing at the World Junior Championships in Portugal, she re-qualified for the National Squad for 2008, she won three consecutive Billabong Pro Junior Events, and was the Billabong u/20 Series Champion for 2007.

Kgatlana, one of South Africa’s most accomplished female footballers, and 2019 Momentum Athlete of the Year winner, continues to shine as she rises on the global stage.

In 2020, she moved from Lisbon based S.L Benfica to SD Eibar where she scored 10 goals in 20 appearances. One of her biggest and proudest career milestones came in July this year when she concluded a two-year deal with Atletico Madrid.

She is also a former CAF Women’s Footballer of the Year winner.