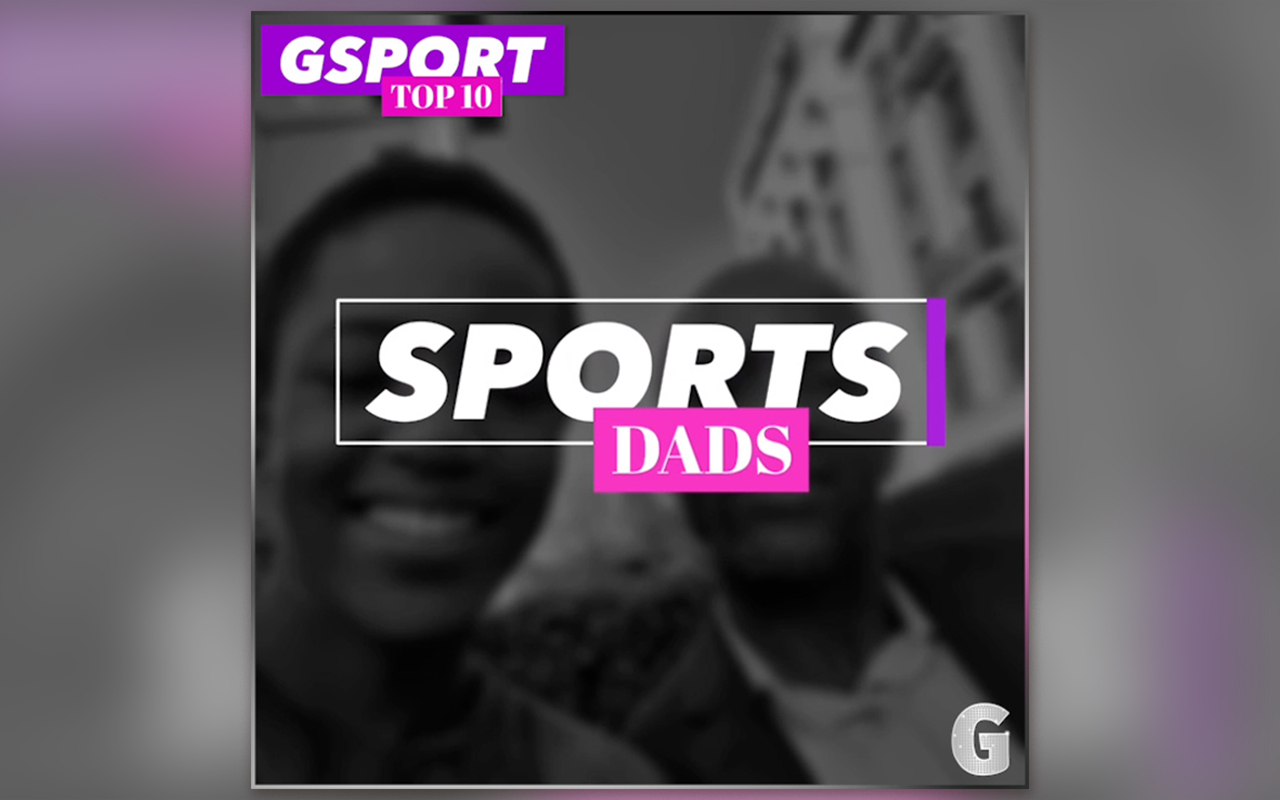 Fathers are among the biggest supporters of young girls and women in sport, who owning their success on the sporting field. In celebration of Father’s Day, we pay tribute to ten leading figures, who are playing their part in shaping the sporting journeys of their daughters.

Whether it is accompanying them on international trips, being trackside to grab that elusive winning image, or doing throwdowns in the nets, our #gsportTop10 dads are there for it all.

Six of the athletes whose dads featured in this #gsportTop10 have been honoured on the Momentum gsport Awards stage.

South Africa’s number one wheelchair tennis star, Kgothatso Montjane, is one of the most celebrated athletes on the gsport awards stage. Squash star, Awande Malinga, won the 2020 Public Choice Award. International football star, Thembi Kgatlana, was crowned Momentum Athlete of the Year in 2019.

While the other four athletes are yet to win on the gsport awards stage, we are here for their journeys. Africa’s first ever professional rugby player, Babalwa Latsha, is a #GAL2020 newsmaker, as is Banyana Banyana star, Andile Dlamini, while gsport has extensively covered the careers of hockey star, Malikah Hamza, and rising para sport star, Simoné Kruger.

Below we pay tribute to their dads and hope it inspires more parents to play an active role in the lives of their budding sport stars.

Albert Montjane:
Albert is father to South Africa’s number one wheelchair tennis star, Kgothatso Montjane, one of the most celebrated athletes on the Momentum gsport Awards stage. He has always stood by his daughter and supported her sporting dreams. In 2018, Albert was among supporters at OR Tambo International Airport to welcome his daughter back home from her historic appearance at Wimbledon.

Andries Kruger:
Andries is father to one of South Africa’s brightest young para sport stars, Simoné Kruger. He is a photographer and also his daughter’s biggest supporter. Whenever Simone achieves on the track, he is the first to ensure that the media get access to this information, accompanied by a stunning image of her. With this kind of support, this young star will go far.

Celumusa Malinga:
Celumusa is one of the most sincere sporting parents out there. He works hard to support his daughter, Awande’s squash journey. Last year, when she was shortlisted for the Momentum gsport Awards, he played a key role in gaining public support for her, which saw her go on to win the Public Choice award.

Dr Abubakr Hamza:
Dr Abubakr Hamza is a proud dad, who introduced his multi-talented daughter, Malikah, to sport at an early age. He has supported her along the way and watched her go on to achieve success in both hockey and cricket. Malikah often credits her dad for the role he played on her sporting journey.

Gabriel Kgatlana:
In 2019, when Thembi Kgatlana, was overseas and couldn’t attend the Momentum gsport Awards to accept her Momentum Athlete of the Year award, her dad, Gabriel, stepped up and took the stage, to tell the audience, how proud of how his daughter is owning her success. Gabriel has been instrumental in the development of Thembi as a person and as an athlete.

Jacques du Preez:
Jacques is dad to one of South Africa’s most celebrated cricketers, Mignon du Preez. From the day, Mignon picked up a bat, Jacques has been at her side, urging her on. Even today, as an accomplished Momentum Proteas star, Mignon can rely on the sage advice of her dad, one of the biggest supporters in her life.

Johnannes Morake:
Johannes is dad to Gontse Morake, one of South Africa’s most talented young athletes. She won School Sports Star of the Year in 2018 and is now based in the United States, as she seeks more sporting success. One of the keys to her rise has been the constant support of her dad, Johannes, who is always ready to be of service, to ensure his daughter flourishes.

Luvuyo Latsha:
Luvuyo is dad to Africa’s first ever professional women’s rugby player, Babalwa Latsha. Luvuyo has been a rock in the life of Babalwa, and has stood by her as she has courageously embarked on her journey as a rugby player. Babalwa is widely quoted as saying that her dad, Luvuyo, is her inspiration.

Rhodes Hattingh:
Rhodes Hattingh is the stepfather of Banyana Banyana star, Andile Dlamini. Andile often talks warmly about the relationship they share and the lessons she learns from him. The smile that comes across her face speaks of the sincere journey they have travelled together over the past ten years, and the role he has played in the success she has found on the football field.

Rudi Liebenberg:
Rudi is dad to two-time Paralympian and World Champion, Anruné Weyers. The par a sport star regards her dad as her greatest inspiration. Rudi has been at his daughter’s side since the start of her athletics career and is always there to cheer her on to greater successes. Family support is everything and Anruné is fortunate to have that in an important few years to come.