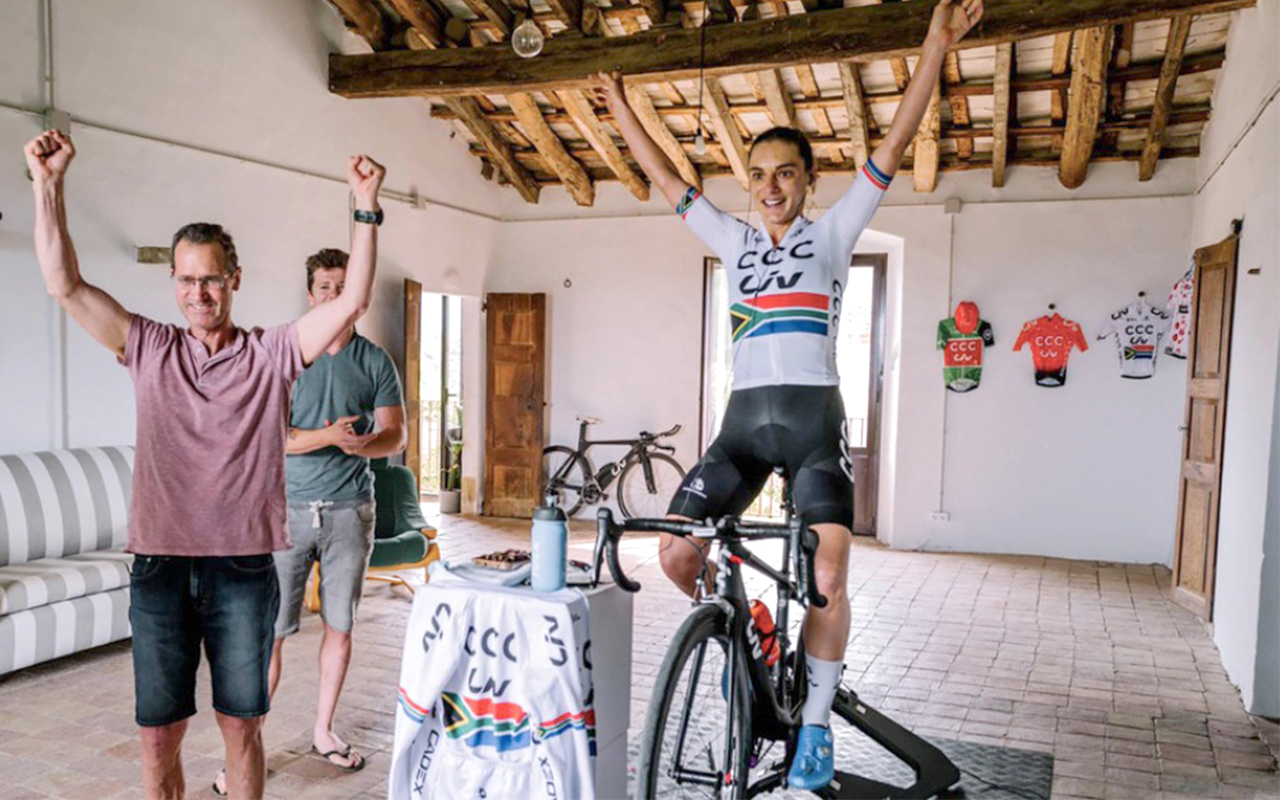 December 2020 signalled the start of the 2021 edition of the gsport Annual List, South Africa’s only dedicated women’s sport newsmakers campaign.

Newsmakers will continue to be announced monthly in the build-up to the prestigious #GAL2021 event in December 2021 where gsport will reveal its Top 10 Newsmakers of the Year for the third year running.

The gsport Annual List was launched in December 2019 to track how far women’s sport has come in terms of media coverage.

In January 2020, and with increased mainstream media coverage, gsport introduced monthly newsmaker announcements to boost the campaign, resulting in a stellar Top 10 Newsmakers for 2020, announced on 15 December 2020 at a special lunch held at Mezepoli, Melrose Arch.

The First Monthly Intake for the #GAL2021 campaign:

Photo 1 caption: Ashleigh Moolman pictured becoming the first-ever virtual UCI Cycling World Champion. In a year which saw the participation of sport dramatically curbed to slow the spread of the COVID-19 pandemic, sports federations and athletes had to come up with new and original concepts to maintain athletic performance and sporting events. Photo: Supplied